In an interview with TideSmart Talk with Stevoe, U.S. Sen. Angus King (I-Maine) joined host Steve Woods (Stevoe) to discuss the so-called sequester, which would trigger $85 billion in automatic, across-the-board domestic and defense spending cuts set to take effect March 1, 2013.  In a 30-minute interview, the former 2-term governor told Woods that he was disappointed that Congress was unable to move forward with an alternate plan, and that he had hoped the President would have played a more active role earlier in the debate. 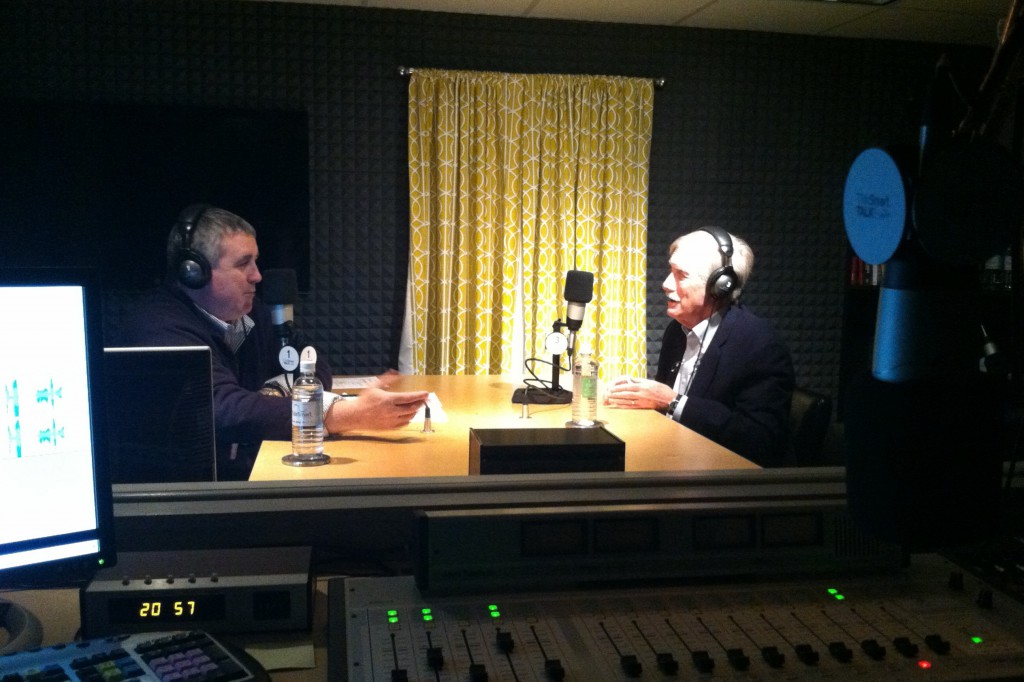 “I can tell you that there is no easy answer,” King said.  “That volume of cuts is going to be difficult to make without having noticeable changes with our relationship to the government.”  Acknowledging Congress’ inability to reach an agreement, King said a balance of spending cuts and revenue generation would be needed to secure the nation’s economic future.

“There’s plenty of blame to go around,” King said.  “I think there are solutions, and we’re going to get there, but it’s going to take some serious consequences from the sequester.”

During his term as Maine governor he focused on economic development and job creation, education, mental health services, corrections, land conservation and environmental protection, and improvements in service delivery by state government.

King’s administration accomplished a total rebuild of the state’s mental health and corrections systems, major improvements in the state’s service capability, a substantial increase in the state’s commitment to research and development, the largest increase of lands in conservation in the state’s history, and the nationally recognized program to provide laptop computers to every seventh and eight grade student in the state.

In 2003, the day after his governorship ended, King and his wife took a cross-country RV tour with their younger children, and wrote a book about their experience.  Over the next six months, the family traveled 15,000 miles and visited 34 states before returning home in June 2003.