TideSmart Talk with Stevoe broadcast its eighth show on Saturday, April 21st with rousing discussions on leadership and government. In the first segment Stevoe speaks with Barbara Kellerman, leadership author and professor at Harvard University. In the second segment, Stevoe is joined by political analyst and former Maine state Senator Phil Harriman. 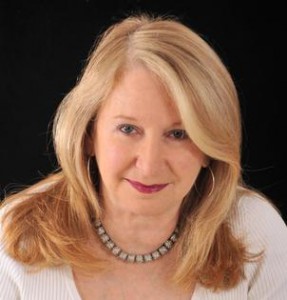 Barbara Kellerman is a highly respected authority on the subject of leadership, having taught and written extensively on the subject. She is the James MacGregor Burns Lecturer in Public Leadership at Harvard University’s John F. Kennedy School of Government, and was the Founding Executive Director of the Kennedy School’s Center for Public Leadership and served as its Research Director.

Kellerman is author and editor of many books, including “Leadership: Multidisciplinary Perspectives,” “The Political Presidency: Practice of Leadership,” and “Reinventing Leadership: Making the Connection Between Politics and Business.”

In her latest book, “The End of Leadership,” Kellerman critically breaks down assumptions about how people lead and follow in the digital age, and she offers a new leadership mindset for the twenty-first century.

In addition to literary and academic endeavors, Kellerman has appeared on numerous media outlets including CBS, NBC, PBS, CNN, NPR, Reuters and the BBC. She has contributed articles and reviews to The New York Times, Washington Post, Boston Globe, Los Angeles Times, and Harvard Business Review.

During this segment, Kellerman talks about how leadership has changed over time here and abroad, the leadership industry and technological challenges. 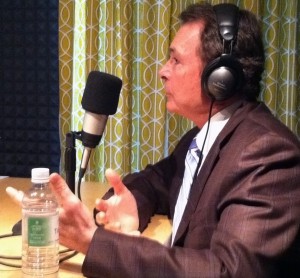 For more than 30 years, Phil Harriman has worked with family and non-profit businesses in the areas of retirement, business succession and estate planning. He started his career with former Maine Governor James B. Longley’s insurance agency in 1977. He and Michael Lebel later formed an independent insurance and investment brokerage firm, Lebel & Harriman, LLP, located in Falmouth, Maine.

Harriman was elected four times to the Maine state Senate, serving under under governors John McKernan and Angus King.

During his time in Augusta, Harriman served on the Health and Human Services, Business and Economic Development, Natural Resources, Utilities & Energy and Appropriations Committees.

In addition to his independent insurance and investment brokerage firm, Harriman hosts a weekly radio program, Inside Maine with Phil Harriman on news radio 560WGAN. He also delivers political analysis on WCSH and WLBZ, NBC affiliates in Maine. The lifelong Yarmouth resident serves on numerous civic boards including Husson University and the Maine Municipal Bond Bank Board.

Harriman and Stevoe talk about government policy, thoughts on Gov. Paul LePage, Stevoe’s run for U.S. Senate, and how seemingly apolitical stories can become contentious. Harriman says the current political discourse is not conducive to progressing as a state or country.

“In politics, every time you tune in you see one team, let’s call them the Democrats, all dressed out in football uniforms, and all Republicans dressed up in lacrosse uniforms, and they’re trying to play a game that no one can figure out,” Harriman said.

In agreeing with Harriman’s analogy, Stevoe reiterated the need to get more people involved, suggesting that the electorate pledge to give 10 hours of local, state or national civic service per year.

“Everyone needs to invest at least as much time as they put into watching the Super Bowl into understanding core political government issues,” he said.  “If every American pledges to commit 10 hours to learn more, they’ll make better decisions.”