What do you do when your locally-made, custom-ordered apparel start-up company needs employees and there’s no one in the area capable to do the work? If you’re Ben Waxman and Whitney Reynolds, you partner with other local companies to recruit and train the workforce you need. American Roots (AR), owned by Waxman and Reynolds, is the sister company to Old Port Wool and Textiles, owned by Waxman’s mother, Dory Waxman. AR is a custom-made fleece apparel company based in downtown Portland and their orders are coming in so quickly, they’re fast outgrowing their Danforth Street shop. With business-to-business orders keeping them busy through the summer of 2016, this new Portland business is already looking to grow – and fast. 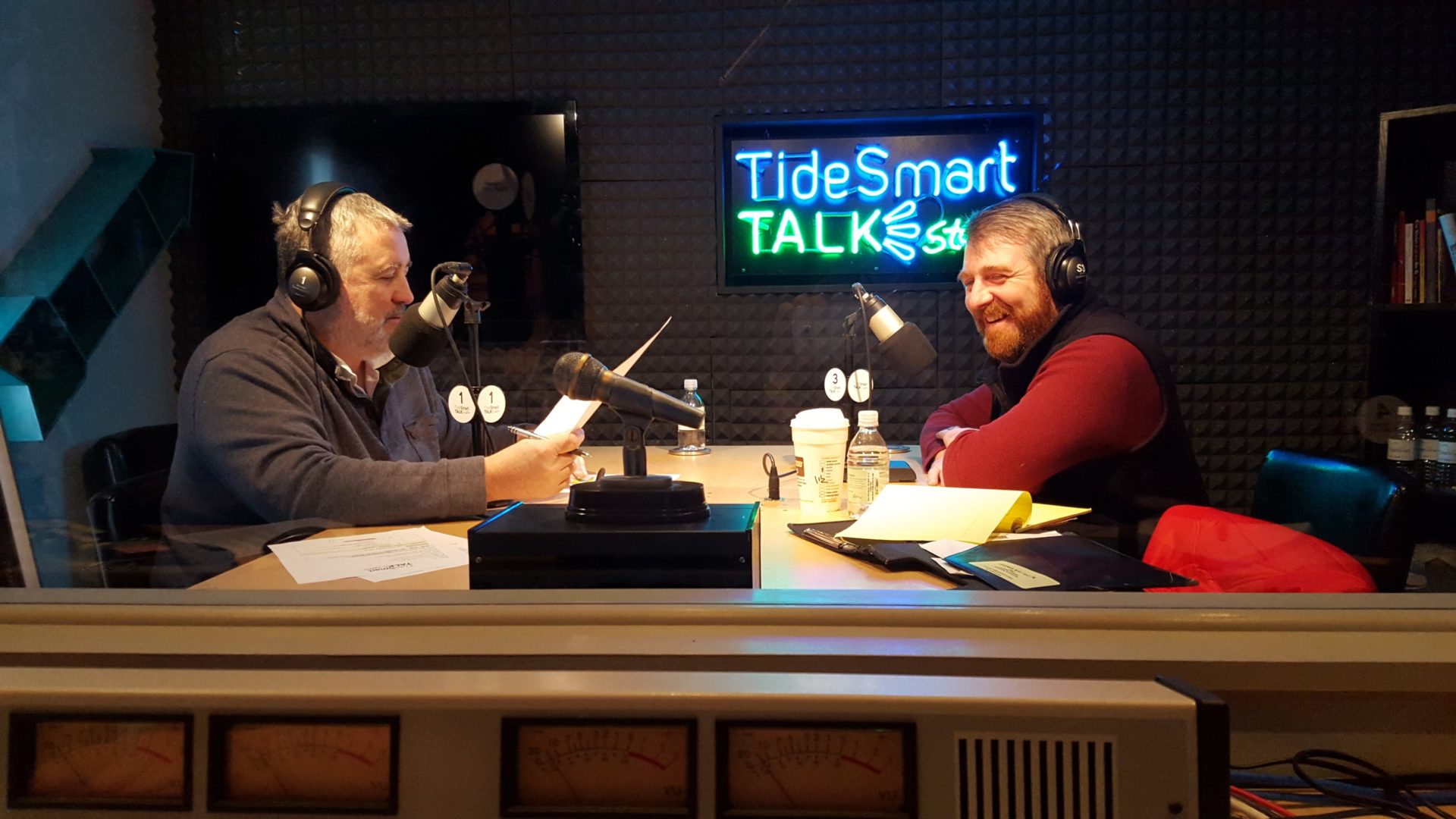 Maine native Ben Waxman is passionate about politics and spent over seven years working with labor unions and with the AFL-CIO (American Federation of Labor and Congress of Industrial Organizations), the largest federation of unions. He says he always knew he’d be coming back to Maine because he never was able to shave off his beard. Now, with his fiancee, Reynolds, he’s partnering with Old Port Wool and Textiles to produce outerwear that is designed, cut, and assembled in Portland with materials that are made in America. Waxman mentioned there was some difficulty in sourcing all of the materials needed to work with their Polartec fleece (out of Lawrence, MA). For example, it took five months to find cloth that would work as the jacket/vest pocket lining.

Waxman says that they are currently running two shifts at American Roots: a regular shift and a training shift. They’re training more and more employees in hopes to keep up with demand. In April, they will be moving to a bigger, 5,000 sq. ft., facility that should ideally allow them to increase production. In order to increase their labor force, AR has been working with Goodwill, CEI, and Portland Adult Education. They build and create training programs for employees who are new to the textile industry, an industry that, for the most part, left the state years ago.

American Roots currently has four items for sale online: vests, jackets, pullovers, and blankets. They will be adding other products, such as hats, gloves, and scarves, and additional fleece colors. AR is currently marketing toward other businesses to provide products customized with company logos. They also do some retail sales through their website: americanrootswear.com .