Newburgh, Maine native Beth Andrews’ early career history doesn’t seem to convince you she wanted to be a clinical social worker. She majored in East Asian Studies and learned Mandarin Chinese during her undergrad at Middlebury College in Vermont. She worked several jobs after that before becoming a bartender and settling on social work at NYU. She know co-owns and operates a private practice in Yarmouth called H.O.P.E. Counseling Services where she is a licensed clinical social worker (LCSW) and licensed drug and alcohol counselor (LADC). 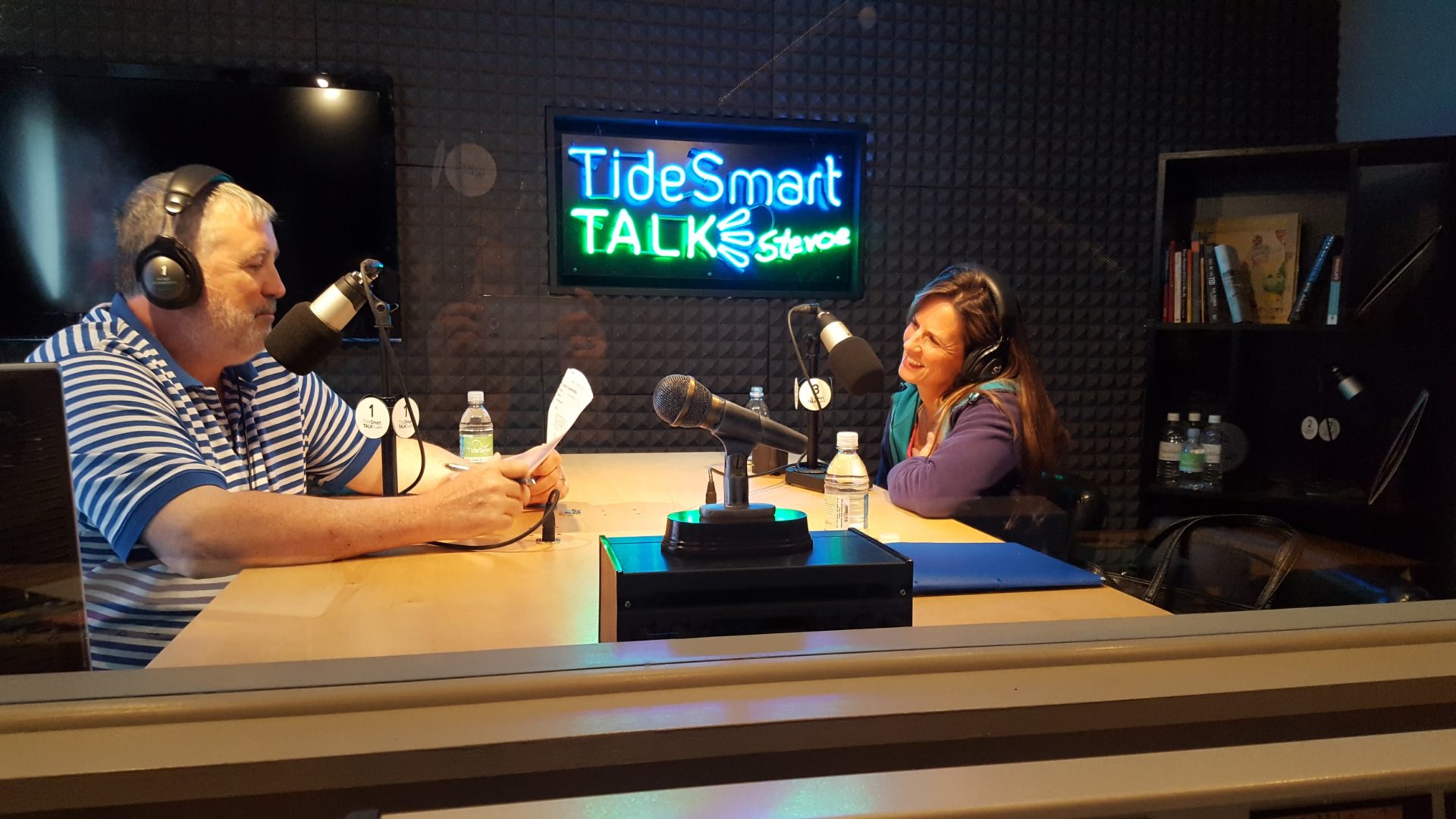 At H.O.P.E. (which stands for Healing, Opportunity, Purpose, Environment), Andrews works with people of all ages. More recently her client base has been leaning more toward youth with substance use disorders or youth who have been affected by someone with a drug-related disorder. During her visit to the TideSmart Talk studios she discussed how sometimes her clients are struggling with mental health issues like depression, anxiety, or post-traumatic stress and they end up self-medicating with substances. This is a particular struggle in Maine right now because while there is more media surrounding drug use/abuse, the drugs are also more available. According to Andrews, there is more use of cocaine, heroin, and prescription abuse in southern Maine than other regions. There is also more money available to combat these issues thanks to the increased awareness. This helps organizations like Casco Bay CAN, an organization striving to reduce underage substance use, where Andrews is a board member.

A less discussed substance-related issue is underage drinking. What Andrews calls “Fun Parent Syndrome” is becoming more prevalent. Many parents believe they are being responsible if they let their child drink under their watch. Underage drinking is detrimental to no matter how it happens. Andrews said that in Europe where the legal drinking age is lower, they have higher rates of alcohol-related health and social issues. In Maine, a parent can get in legal trouble for breaking a “social hosting law” where the penalties can range from a $2,000 fine to 14 years in jail and $350,000 in penalties if an underage person is injured or killed after drinking while in their care.

Stevoe asked Andrews what parents and caretakers should keep an eye out for if they’re worried about their children. Many times, if a child is acting out it isn’t purely just because “they’re a teenager.” She says you should ask how they’re feeling or talk to them about their life – pay attention to what they’re saying and how they say it. Also look for any big changes such as weight gain or loss, slipping grades, or changes in their social life. Ask if they’re feeling depressed or suicidal. Don’t be afraid to put that idea in their head because if they are depressed or suicidal the idea may already be there and if they aren’t feeling that way, the idea won’t stick. If you’re uncomfortable having the conversation ask your child’s school guidance counselor or another counselor like Andrews.

If you have questions or would like to speak with Andrews about counseling services (for youth or adults!), she can be reached at BethAndrews.HOPE@gmail.com.