Chairman of the Portland Sea Dogs, Bill Burke, was born and raised in Detroit, Michigan.  He is a graduate of Amherst College and received his MBA from the Harvard Business School.  Burke is also a trustee at Maine Medical Center, a trustee at Maine Public Broadcasting Network, a Director of Simulmedia, Inc., and serves on the advisory board of Peoples United Bank. 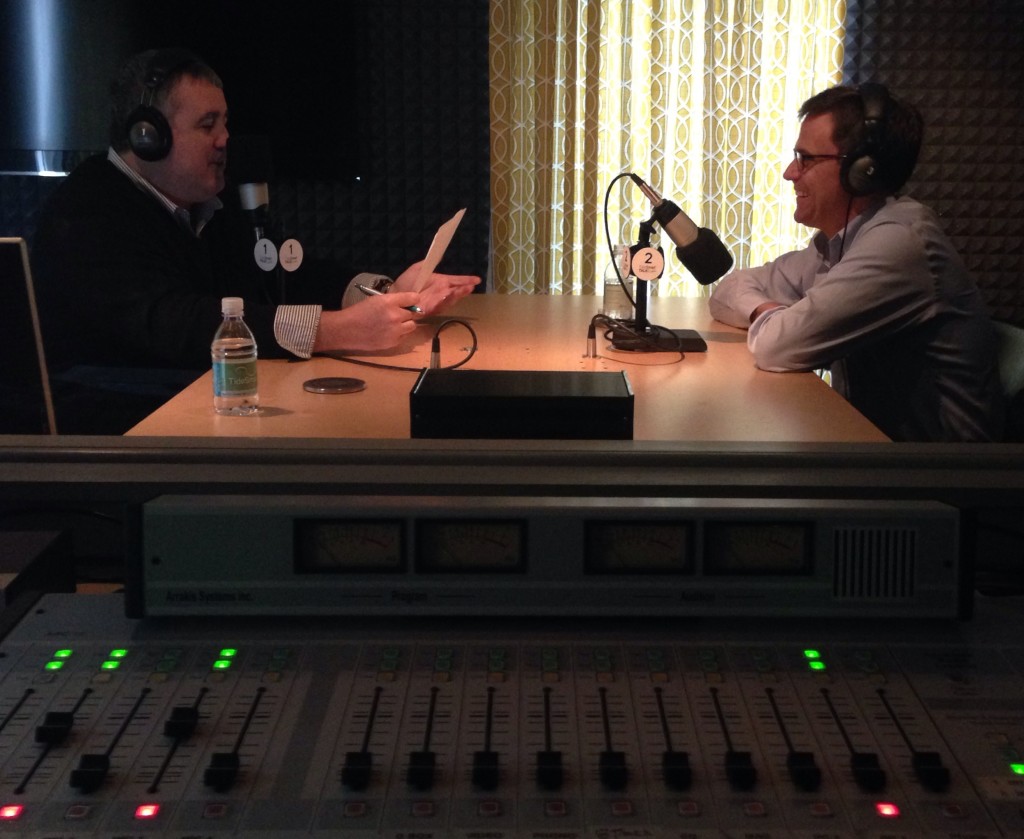 TideSmart Talk with Stevoe host Steve Woods (left) is joined in the studio by Chairman of the Portland Sea Dogs Bill Burke (right).

Burke has held several key senior management positions at Time Warner and Turner Broadcasting.  Hired as Director of Business Development for the Turner Entertainment Group, he developed the business plan for Turner Classic Movies (TCM) and led the development and launch of this network as its first General Manager. In the fall of 1995, Bill was named President of TBS Superstation, Ted Turner’s flagship entertainment service. In October 1999, he was named CEO of News and Information for Time Warner Digital media, where he oversaw the operations of CNN Interactive and Time Inc.’s Internet businesses.  Burke, a TST past guest, and Stevoe discussed the evolution of televisons and how Smart TV’s are the future.

In 2008, Burke co-authored “Call Me Ted”, the autobiography of Ted Turner.  Burke was called upon by Ted Turner (cable vision pioneer, founder of CNN and Turner Broadcasting) after he read Burke’s article titled “Leadership Lessons I Learned from Ted Turner. Burke had never written a book, and Turner’s agent at first had considered a big-time author for the job, but conceded that intimacy proved more important than literary credentials.

For all his achievements, around these parts Burke is known more for baseball. He is the son of Dan Burke, the late Portland Sea Dogs owner and one of the architects of the modern television industry.  Stevoe asked Burke to make predictions for both Game 5 and Game 6 of the ALCS series.