Bill Green is synonomous with the state of Maine and has built  a career that has spanned forty years and entertained multiple generations of Mainers. As a sports anchor and now as host of “Bill Green’s Maine,” his feature story reporting celebrates so much of what makes this a great state to live, work and play.

Born in Bangor and educated at the University of Maine, Green is a lifelong Mainer.  Green, also a TST show alumni, told Stevoe the story of how his father used to say, “you got your legs”, meaning you have to work for what you want.  The two talked about ways to motivate young people to work harder and learn more and the importance of being a team player. 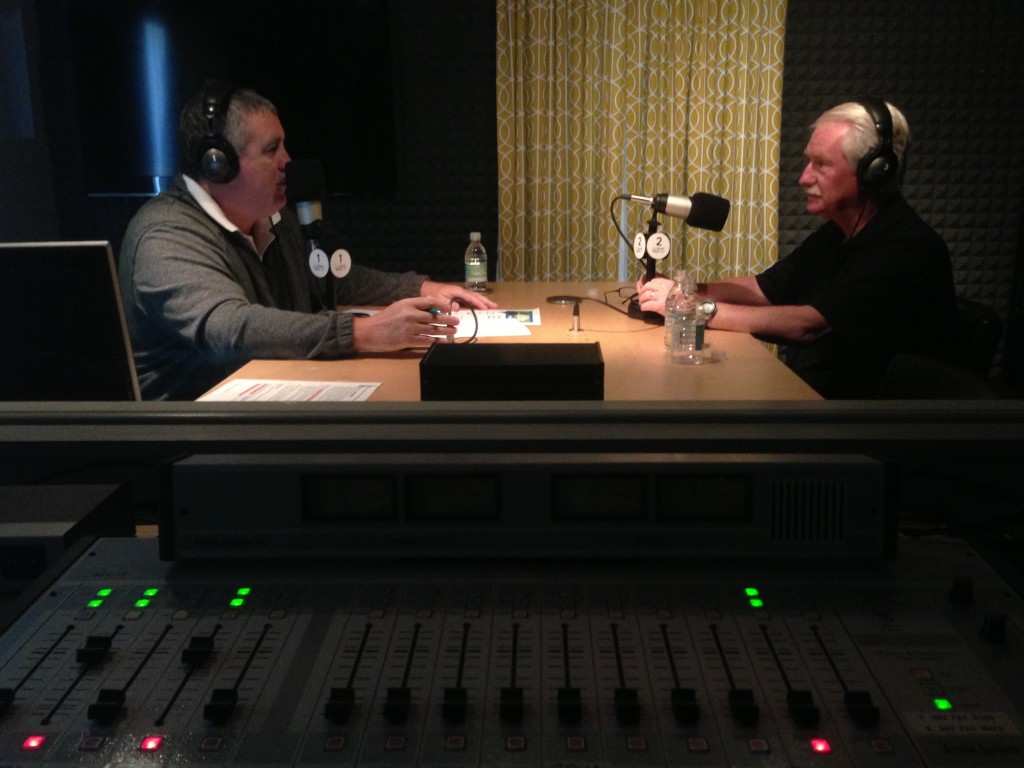 In 1975 Green became a sportscaster at WLBZ 2, and eventually moved to WCSH-TV in Portland.  In 1981, Green anchored a sports show on the weekends which aired statewide on WCSH 6 and WLBZ 2.  Over forty years later, he’s still in front of the camera as host of “Bill Green’s Maine,” which airs Saturday nights at 7 p.m. and has become the most-watched show in its time period in the state.

Green was inducted into the Maine Broadcasters Hall of Fame in September 2011 and has currently been on-air in Maine longer than any other television broadcaster.  Green has climbed Mt. Katahdin three times, parachuted and gone SCUBA diving.  Green was also a bone marrow donor to a young girl who lives Michigan. He is a Registered Maine Guide.  He and his wife Pam reside in Cumberland. They have two children, Sam and Emily.