Award-winning writer, editor and Steve Woods’ Senate campaign manager Bob Mentzinger was born in Paterson, New Jersey.  He grew up spending his adolescent years in Connecticut.  Mentzinger graduated from The George Washington University, in Washington D.C. with a double major in Journalism and Political Science.  He earned his Master’s in Writing from The John Hopkins University in Baltimore, Maryland.  After graduating he moved around: Seattle, Boston, Baltimore and Taos, New Mexico; not in that order. 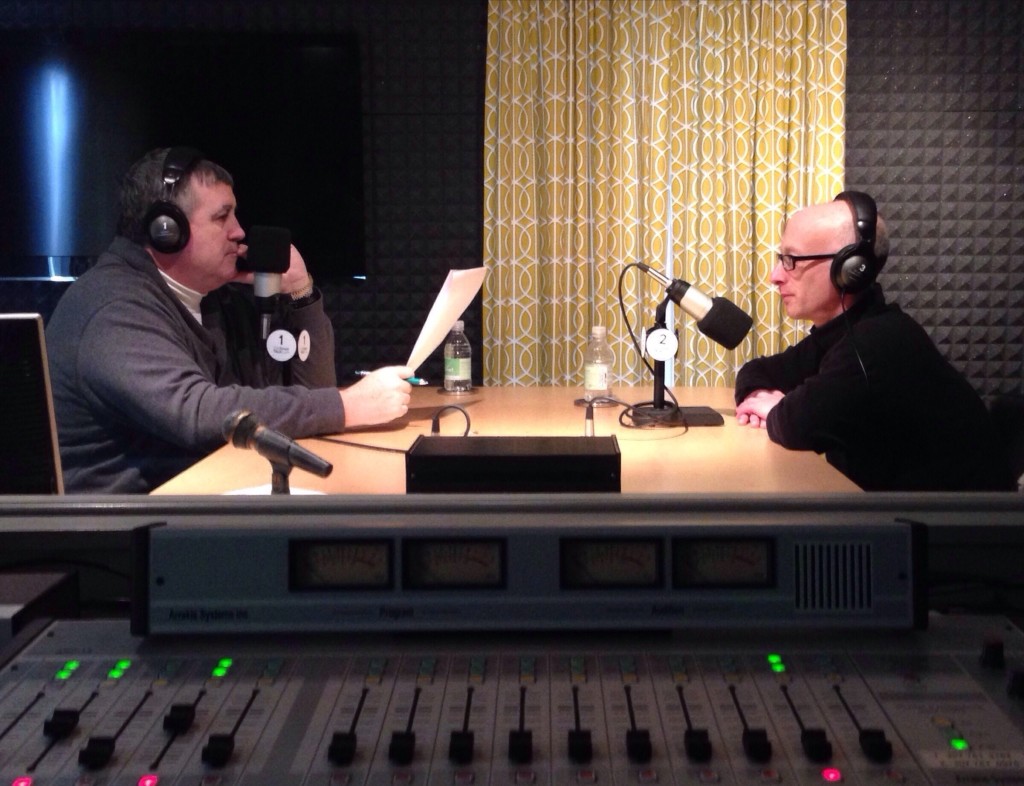 Mentzinger told Stevoe that had been to Maine prior to moving here, but pursued a job here based on the quality of life Maine offers.  Mentzinger moved to Maine in 2003, where he was a top editor at the Kennebec Journal in Augusta for nine years before leaving to manage media strategy for Cynthia Dill’s successful campaign for the Democratic nomination to the US Senate in 2012.  Stevoe and Mentzinger discussed how they had met during the 2012 Senate campaign and Mentzinger gave his “behind the scenes” take on the whole race.

As City Editor for the state’s oldest daily newspaper (The Kennebec Journal), Metzinger’s work led to federal corruption indictments against officials in the town of Chelsea, and a multimedia investigation he supervised illustrated shortcomings in the regulation of Maine’s drinking water.   In 2013, the Maine Press Association named Mentzinger the top editorial writer among all Maine daily newspapers in 2012-13.

Because of his intensive contacts and proven experience crafting a persuasive message, companies and organizations across Maine have used Mentzinger’s writing to build membership, raise capital, sell products and services, and win campaigns.

Most recently, until March 31, 2014, he served as managing editor of The Times Record in Brunswick.  Here he was responsible for all journalism aspects of community-focused afternoon newspaper and its affiliated digital properties.  In re-starting his public relations firm in the run-up to the 2014 elections, Stevoe named Mentzinger his Senate campaign manager.