Former CEO of the Portland Pirates Brian Petrovek grew up in the Greater Boston area.  He received both his bachelor’s and master’s degrees from Harvard University, where he earned All-America honors as a goaltender and was twice named to the All-Ivy League First Team (1974-75, 1976-77).  In 1977, he was named the “Most Valuable Player of the Beanpot”, one of college hockey’s most prestigious tournaments. In October 1998, he was inducted into the Harvard University Athletic Hall of Fame.  Steveo and Petrovek talked about how old they were when they both started playing hockey. 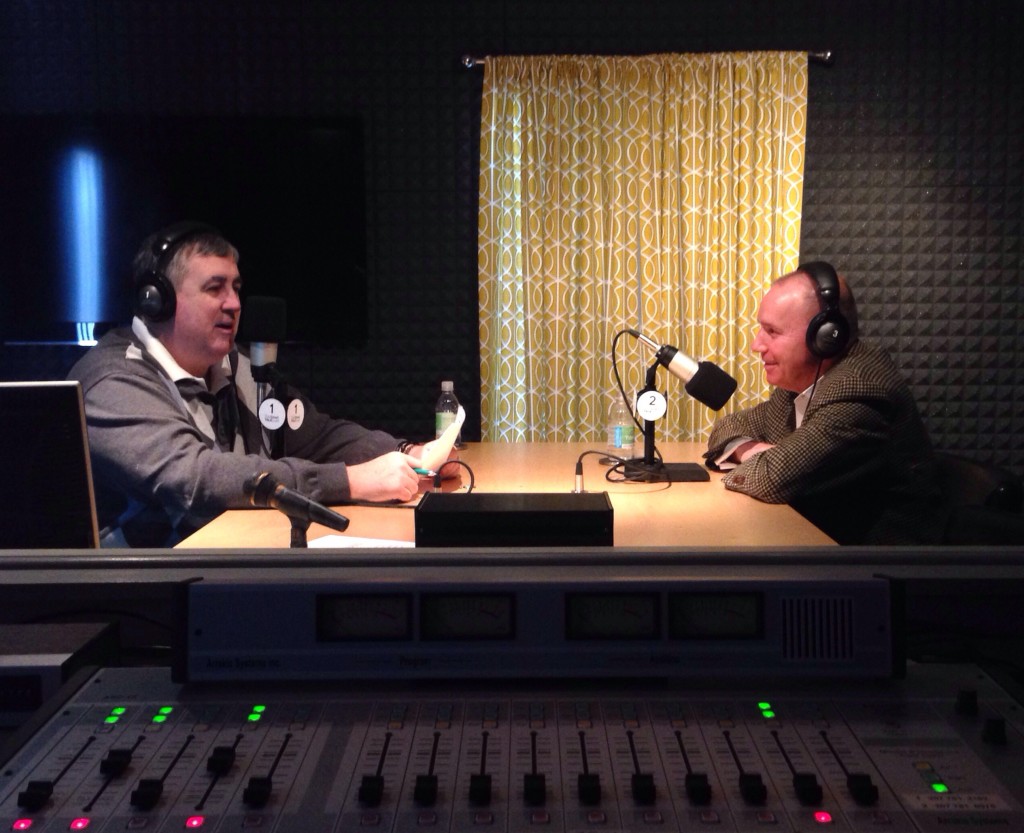 Petrovek, who played youth hockey in the greater Boston area, was one of four goaltenders invited to the final U.S. Olympic Team Trials Camp in 1976.  He was drafted by both the Los Angeles Kings of the National Hockey League and the Edmonton Oilers of the World Hockey Association in 1975.

Petrovek joined as a Managing Owner and CEO of Portland Pirates LLC during the summer of 2000.  Petrovek came to the Pirates after working the previous seven years with USA Hockey, Inc. and The USA Hockey Foundation in Colorado Springs, Colorado.

As Managing Owner and CEO, Petrovek oversaw the short and long term needs of the business, represents the franchise as an alternate governor at the League level, and participates regularly as a member of various league committees. He took the lead role in developing the Pirates’ winning bids for the 2003 Dodge AHL All-Star Classic and the 2010 Time Warner Cable AHL All-Star Classic joining Rochester, Hershey and Providence as the only cities to host more than one AHL All-Star event in the league’s history.  Petrovek told Stevoe that he feels fortunate to have stayed in athletics after playing hockey for Harvard.

Locally, Petrovek has served as Board Chair of the United Way of Greater Portland (2007-2009), was a member of the United Way’s Annual Campaign Cabinet since 2001-2010, and Chaired the 2004 United Way Annual Campaign. Petrovek is also a founding member of the Board of Directors of the Maine Sports Foundation.  Petrovek is also an Adjunct faculty member at the University of Southern Maine, teaching in the university’s Sports Management degree program.