Emily Shaw grew up in Portland.  She left the state to study Political Science and Comparative Literature at Brown University in Providence, Rhode Island.  Shaw then worked for a few different human rights organizations in New York and the former Yugoslavia.

During the late 90’s and early 2000’s, Shaw worked with the Organization for Security & Co-operation in Europe (OSCE).  They are the world’s largest regional security organization. The OSCE offers a forum for political negotiations and decision-making in the fields of early warning, and conflict prevention.  OSCE addresses a wide range of security-related concerns, including arms control, confidence- and security-building measures, human rights, national minorities, counter-terrorism and economic and environmental activities. 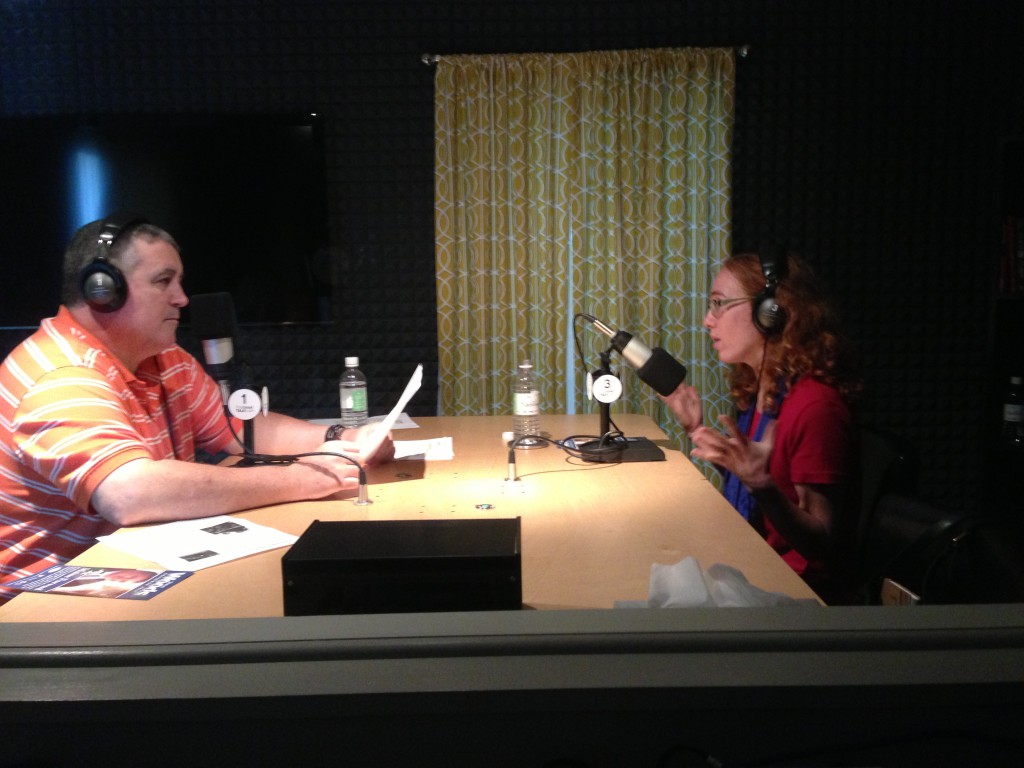 TideSmart Talk with Stevoe host Steve Woods (left) was joined by Emily Shaw in the studio to discuss Maine politics and how it is extremely satisfying for her to be involved in the broad scope of the way things are shaped in the state.

Shaw also conducted work in Mitrovica, Kosovo with the organization American Friends Service Committee.  AFSC is a Religious Society of Friends (Quaker) association.  They conduct work for peace and social justice around the world.  The AFSC describes their work as following “the unfaltering belief in the essential worth of every human being, non-violence as the way to resolve conflict, and the power of love to overcome oppression, discrimination, and violence.”

Following this work, Shaw then returned to the United States to earn a Ph.D. in Political Science and Government from the University of California, Berkeley.  Stevoe and Shaw talked about the writings in her blog, where she refers to herself as a political locavore and her deep affection for (& borderline obsession with) state and local politics.

In 2010, Shaw returned to Maine to be close to family and enjoy what she says is an exceptional quality of life.  Presently, Shaw is an Assistant Professor of Political Science at Thomas College in Waterville.  She lives in Oakland with her husband and son.