In 2010, Portland residents voted to append the City Charter in order to popularly elect a full-time mayor. Ethan Strimling is the second person to hold the position and is the city’s top elected official. Before becoming mayor, Strimling was a Maine state senator, a political analyst, and the CEO of LearningWorks – a position in which he said he did the “most powerful work [he’s] ever done.” 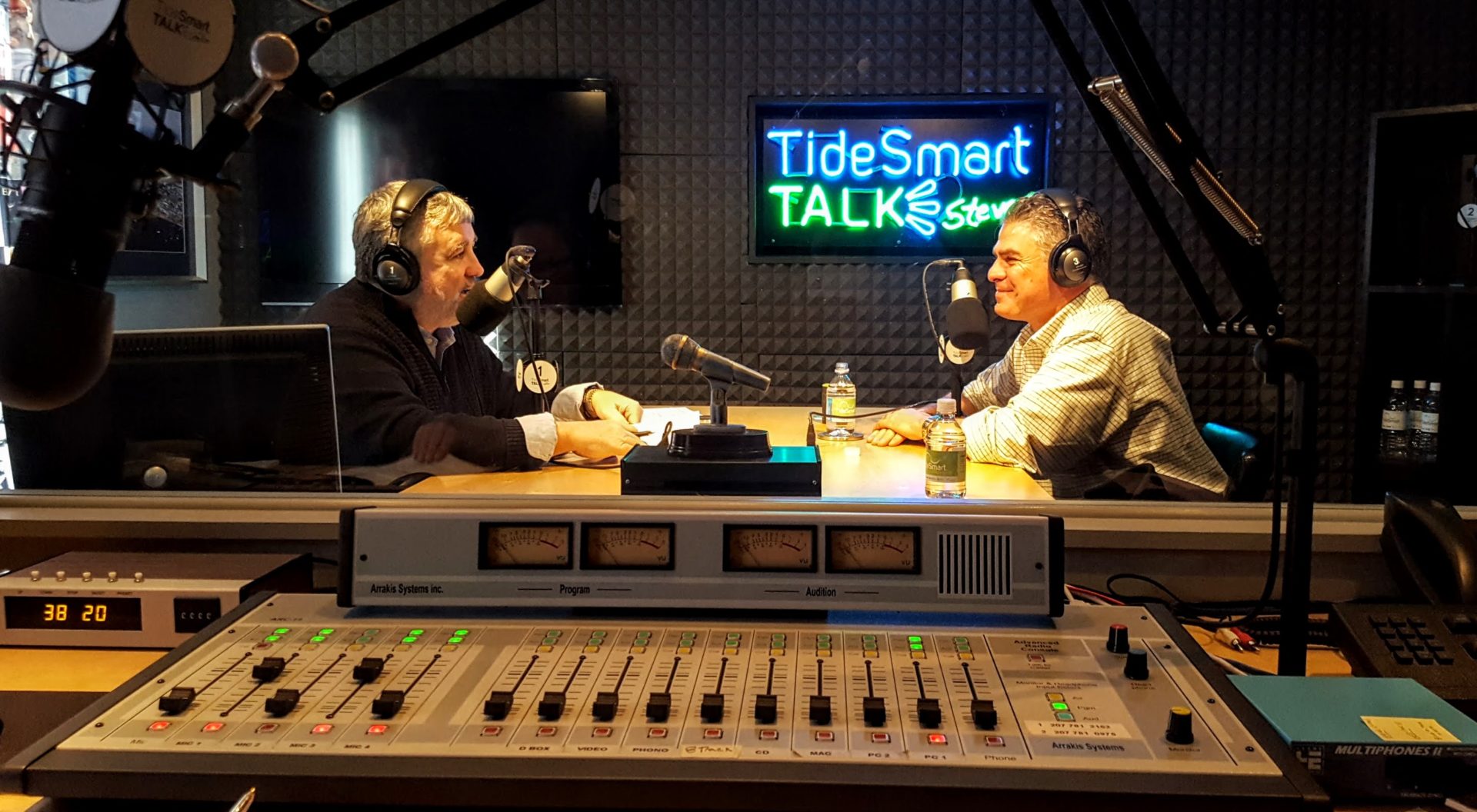 Strimling, a New York City native, became familiar with the great state of Maine in a way many do: He visited and fell in love. He ended up making the permanent move when he enrolled at the University of Maine – Orono (UMO) after dropping out of Juilliard as a theatre student. Strimling’s father and grandmother were both actors and the acting bug had bit him, too, but as a 17 year old thrown into the The Juilliard School theatre scene he admits to being overwhelmed before leaving the school. It was at UMO where Strimling first became involved in politics.

Stevoe and Strimling discussed Strimling’s time in senate and the unusual number of referendum questions on this year’s ballot. When Strimling was in the senate, the state government had a democratic majority which eased the passing of new legislature, but now with a more balanced government, there seems to be more friction which according to Strimling led to the increased number of referendum questions this year. According to him, the people are doing what the senate and house refused to – pass new laws.

In regards to the recent friction at City Hall, he believes the drama will subside. Strimling hopes it doesn’t distract the council from doing their jobs, but he hopes to actualize the new charter and create clarity between the City Manager and himself. He says it’s a
“learning process” and that he’s focusing on doing good work for the people of Portland.

Strimling still has three years left in his term, but as far as his political aspirations go, aside from becoming the Secretary-General for the United Nations, he finds municipal politics fascinating and hopes to stick around for awhile.

To learn more about Mayor Strimling or about the City of Portland, visit portlandmaine.gov or listen to the interview below.