Morehead studied physics at Boston University and spent two years studying abroad in Madrid, Spain.  Morehead told Stevoe that from 9 years old he knew he wanted to study physics, then during his last semester at B.U. he realized he no longer wanted to study physics.  He later studied computer science at the University of Maine.  Prior to coming to Maine in early 2008, Morehead worked for multiple tech startups in Boston.  Morehead holds a patent for a desktop supercomputer. 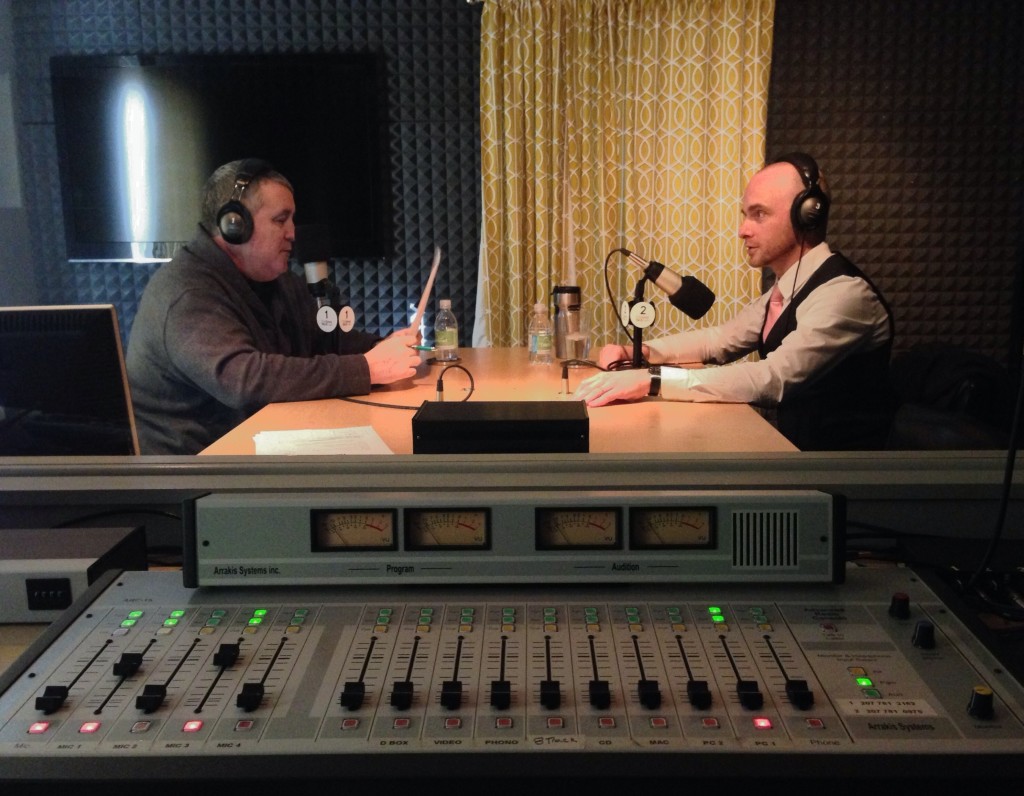 Steve Woods (left) host of TideSmart Talk with Stevoe spoke about deep thoughts with Curator of The Pangeon and IT Manager for R.H. Foster Graham Morehead (right).

Morehead’s main interests are in machine learning, human language, cognitive science, and complex systems.  Morehead has built language models for all versions of the “Dragon Naturally Speaking” dictation software.  Morehead would like to contribute to the field of Machine Translation (AKA Computer-generated Translation).  Morehead and Stevoe discussed that the future of technology lies in voice recognition.

His current project is a new blogging site for Language / Culture / Design called Pangeon.  The Pangeon is a small community of deep thinkers and creators.  Morehead told Stevoe how he came up with the name “Pangeon” and its meaning.

He recently spent three years researching Maine’s sea urchin fishery from a unique perspective.  Studying under James Wilson, an economist at the University of Maine, Morehead was introduced to the field of complex adaptive systems, a new tool for understanding the ecology of sea urchins, human-natural coupled systems, economies, and perhaps even language and thought.  This lead to two TEDx talks, one in November 2013 and one January 11th, 2014.

He is also currently the head of IT for R.H. Foster, a local energy company with a footprint throughout northern Maine.  Morehead also enjoys traveling.  He has spent six years of his life overseas and has visited 20 countries.