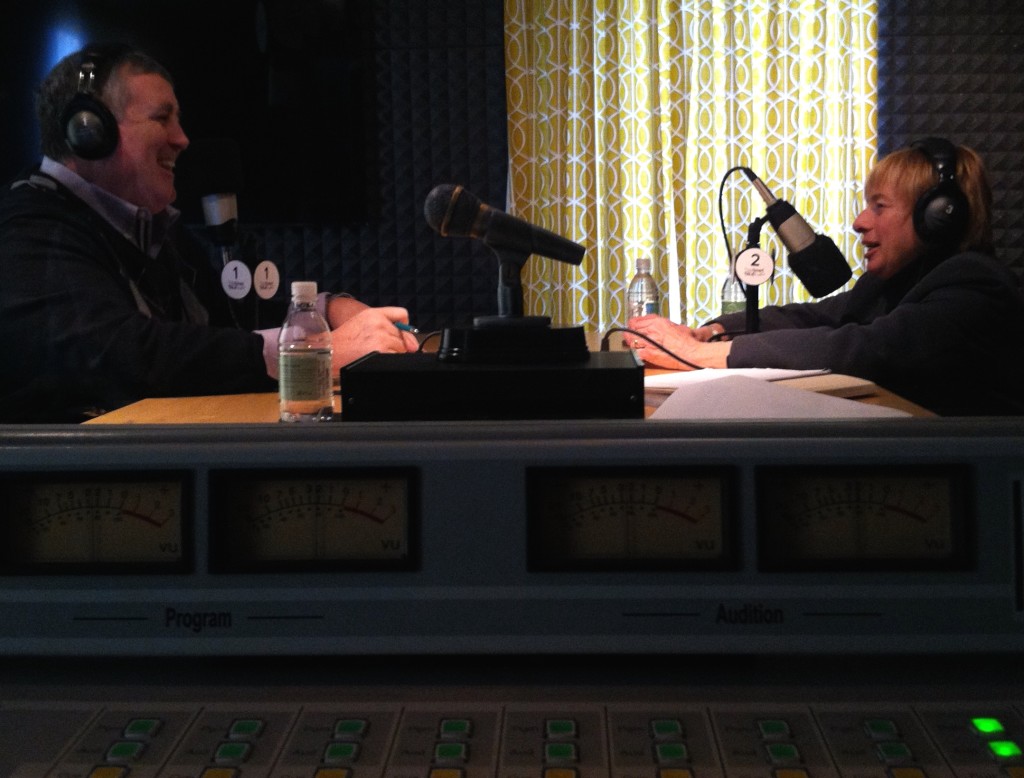 Stevoe and Mills also talked about our past TST guests including her brother, former State Senator Peter Mills and Vice President of Clinical Affairs at the University of New England Dr. Dora Mills.  Stevoe described the Mills family as one of Maine’s civil families, having ties with many influential members of our government, including President Eisenhower and Maine’s own Margaret Chase Smith.

In 2002, she was elected to the House of Representatives, representing the towns of Farmington and Industry.  She had run successfully for her fourth term in the House of Representatives in November 2008 when she was elected by the Joint Convention in December 2008 to be Maine’s 55th Attorney General.  She was the first woman (and second) to hold the office of Attorney General in Maine.

From 2011 through 2012, she was of counsel in the Litigation Group of PretiFlaherty, LLP. She also taught in the Justice Studies Program at the University of Maine Augusta and served for two years as Vice Chair of the Maine Democratic Party.  In December 2012, Mills was chosen by the Legislature to serve as Maine’s 57th Attorney General.