Joseph Edwards holds a JD degree from Yale Law School and an BS degree from the Massachusetts Institute of Technology.  Stevoe and Edwards spoke about how his background in math, finance and law helped him along in his career. 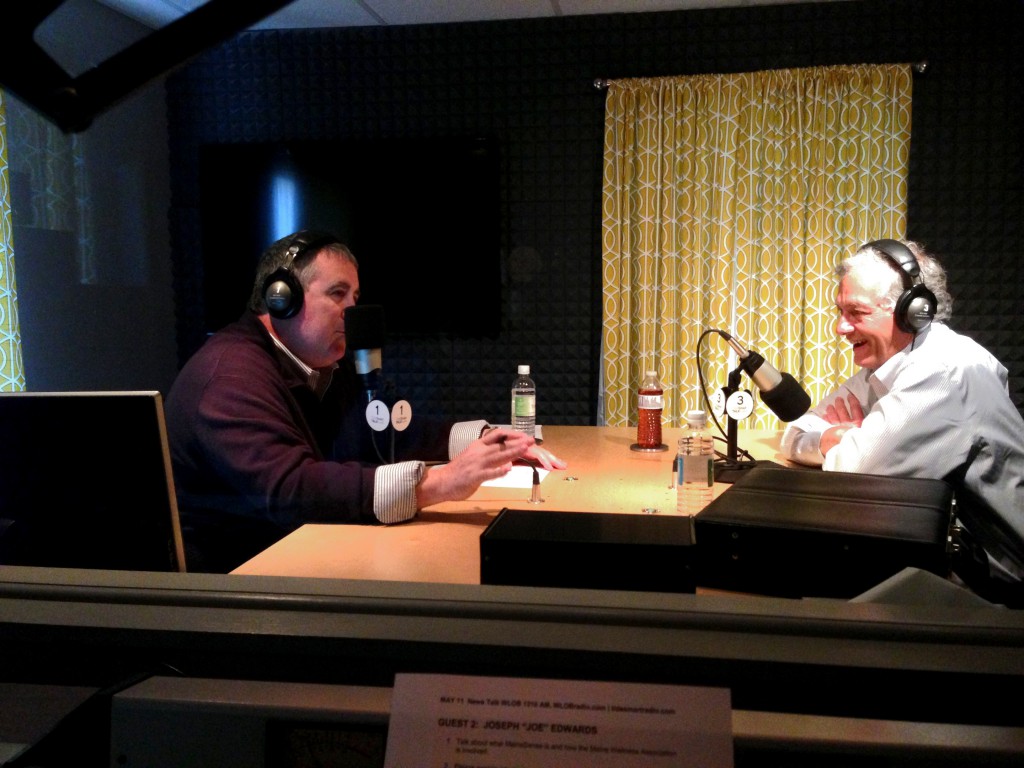 TideSmart Talk with Stevoe host Steve Woods is joined in the studio by President of the Maine Wellness Association Joe Edwards.

Under Governor McKernan, Edwards was the State Insurance Superintendent from 1987-1991.  Since holding this position, Edwards has specialized in a variety of self-insured workers’ compensation arrangements.  In 2008, when a law passed encouraging national companies to register captive insurers in Maine, he saw possibilities and opportunities.  Edwards approached Dr. David Howes, CEO of Martin’s Point, in 2009 to inquire about a partnership, with the idea to redesign the care Mainers receive and the payment system from the ground up.  This was the start of the partnership with the Maine Wellness Association and the birth of MaineSense.

Edwards is now heading up Maine’s first “captive” for health insurance, a member-owned company offering employer-based health care. Employees in the MaineSense program can choose from a number of plans, all featuring primary care doctors, with the ability to shop for nonemergency procedures. MaineSense officially began in August 2011.  With its start it had 15 Maine employers on board, with another 15 to 20 interested.

Edwards serves on the Board of Directors of the Maine Workers’ Compensation Coordinating Council. He serves as an Executive Director of the Greater Portland Five Trust.