TideSmart Talk with Stevoe broadcast its ninth show on Saturday, April 28th with topics ranging from Olmypic hockey to Maine politics. In the first segment, Stevoe is joined by former Maine Gov. John Baldacci in one of his first in-depth interviews since completing his role as director of the Department of Defense’s Military Health Care Reform Initiative. Then, Stevoe is joined in studio by Hilary Knight, Olmypic silver medalist and two-time National Champion hockey player. Also in the second hour, Stevoe speaks with Lance Dutson, CEO of The Maine Heritage Policy Center. 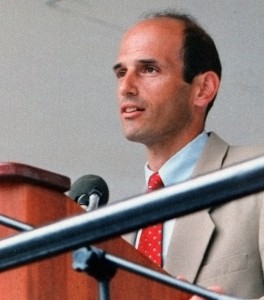 Former Maine Gov. John Baldacci joins TideSmart Talk with Stevoe in one of his first in-depth interviews since completing his role as director of the Department of Defense’s Military Health Care Reform Initiative.

John Baldacci is a native Mainer who has made significant political contributions on both a state and national level, having served in the Maine State Senate, the U.S. House of Repesentatives, as Governor of Maine, and most recently, as Director of the Department of Defense’s Military Health Care Reform Initiative.

In an hour-long interview, Baldacci reflected on his time in office, the importance of public service, and his support for universal healthcare.

“In terms of people and humanity or the inhumanity, to force people to be without health care, to force people to wait until the very end to go to emergency rooms…to be able to not treat people without some sort of basic dignity…you have to get to a point as a society that you’re talking about a basic right that people should be afforded,” the two-term Democratic governor said.

Baldacci also discussed Woods’ campaign for a Maine Senate seat. Running as an Independent, Woods, who serves as Chairman of the Yarmouth Town Council and is President/CEO of TideSmart Global, a Falmouth-based collective of six creative businesses, said he hopes to inspire change in the partisanship that has sharply divided the national political discourse and rendered government largely ineffective.  In discussing the Senate race, Baldacci noted Woods’ unique background and business connections. 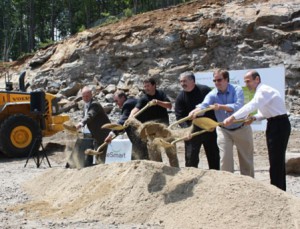 “I think it’s great that you’re on the Yarmouth Town Council as the Chair and that you’re getting involved in the community on a statewide perspective because I think that you are a resource yourself,” Baldacci said. “From having been at your business, knowing the kind of respect and contacts you have around the world and how people look up to the work that you do, and then for you to be involved in our communities in the state of Maine I think is a tremendous benefit for all of us.”

In addition to an interview with Baldacci, the April 28 show features an in-studio discussion with The Maine Heritage Policy Center CEO Lance Dutson. 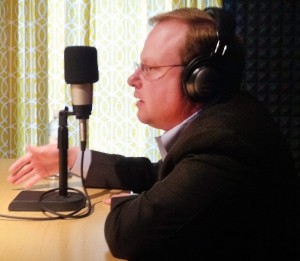 As leader of The Maine Heritage Policy Center (MHPC), Dutson leads a research and educational organization in Portland which formulates and proposes conservative public policies in Maine. He is a political communications specialist, and has worked for numerous candidates and public officials, including Sens. Susan Collins and of Maine, Kelly Ayotte of New Hampshire, Speaker of the House Bob Nutting, and the Maine Republican Party.

He is a web developer by trade, and got his start in politics running one of Maine’s first political blogs, the Maine Web Report.  Dutson has been recognized nationally for his investigative reporting on state officials, and with MHPC’s recently founded online investigative reporting bureau, The Maine Wire.  In 2011, the Bangor Daily News named Dutson one of the 25 most influential people in Maine politics.

In an interview with Stevoe, Dutson also weighed in on several of the candidates vying for Sen. Olympia Snowe’s Senate seat, including former Maine Gov. Angus King.

“One of the things that is happening with our newspapers right now is that it is an absolute Angus King love fest,” Dutson said.  “There is a certain kind of class in Maine that traverses through politics and media of the people that run the state, and it’s people like Angus King, it’s people like Bobby Monks, it’s people like the owners of the different newspapers who have typically, through a small group of folks, controlled the destiny of this state for quite a long time.”

In addition, Woods and Dutson discussed the recent 75-percent share of MaineToday Media acquired by financier Donald Sussman and his wife, Maine Rep. Chellie Pingree.  With a stake in the largest media company in Maine and parent company to The Portland Press Herald, Dutson said the Pingree’s ownership of the newspapers can sway media coverage on various levels. 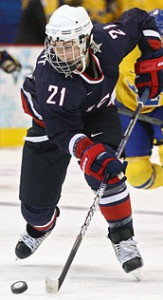 Guest Hilary Knight appeared in the 2010 Olympics as the youngest member of Team USA, winning a silver medal and finishing the Games with 1 goal and 7 assists.  Knight is a 3-time World Champion and a 2-time National Champion at the University of Wisconsin.  As a forward, she earned numerous scoring honors, and holds many Badger scoring records including:

Knight started skating at age 5 after her family moved from California to Chicago, finding motivation in wanting to always be a better hockey player than her three  brothers. A three-sport athlete in high school, Knight was named league MVP of lacrosse, hockey and field hockey teams.

During her time in studio with Stevoe, Knight discusses her Olympic experience, growing up playing sports with her three younger brothers and future career goals.

With a diverse background in business and public service, Woods offers listeners a unique vantage point, said Ray Richardson, host of the Ray Richardson Show on News Talk WLOB 1310AM.

“His varied background along with guests from a local and national standpoint gives News Talk WLOB a wonderful new show that we are pleased to bring to our listeners,” Richardson said.  “We feel very fortunate to have added the voice of Steve Woods to our lineup.”

In reflecting on the most recent show, host Steve Woods called the broadcast “one of our best ever.”

Insightful wisdom from one of Maine’s prominent leaders, shared experiences from an Olympic athlete and broad perspective from the leader of a major Maine think-tank combined for an insightful and engaging discussion,” Woods said.