Mayor of the City of Auburn, Jonathan LaBonte grew up four blocks from where he now lives, and actually grew up in the same apartment in New Auburn that his father grew up in.  LaBonte went to Auburn public schools until 10th grade, and then transferred to St. Dominic’s (a Catholic school) in Lewiston.  LaBonte attended the University of Maine in Orono and in 2002 graduated with a B.S. in chemical engineering. 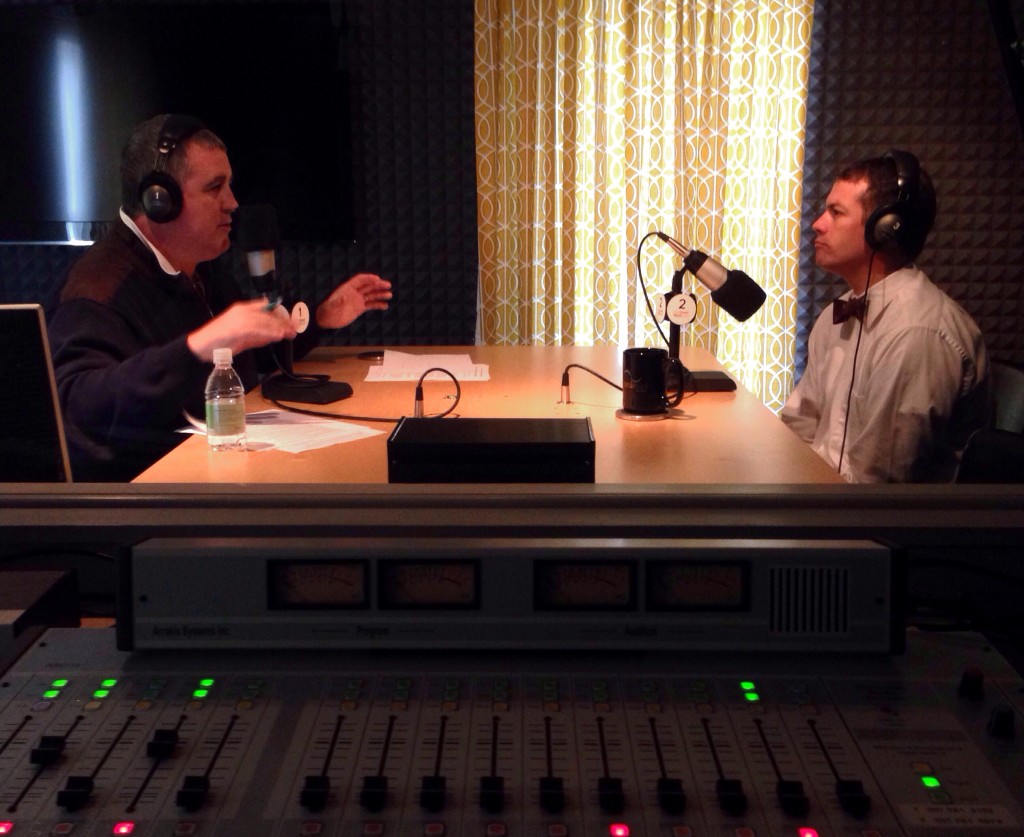 Steve Woods (left) was joined in the TideSmart Talk with Stevoe studio by Mayor of the City of Auburn and Executive Director of the Androscoggin Land Trust Jonathan LaBonte (right).

LaBonte was the Androscoggin County commissioner, but left that position when elected to Mayor in 2011.  LaBonte became the youngest Mayor in the city of Auburn’s history.  The decision to become involved in civil service came through the advice from LaBonte’s Chief Political Officer (his grandfather) and through the recommendation of other local leaders, such as former County Commissioner for Androscoggin County Connie Cote.

He was on the MaineBiz “Next List” in 2009 as “someone shaping the future of Maine’s economy.”  LaBonte was also listed on MaineToday Media’s “Forty Under 40” list in 2012.  Briefly, LaBonte has served as a consultant between the cities of Lewiston and Auburn to analyze the benefits received through the current structure of regionalized services.

LaBonte is also the Executive Director of the Androscoggin Land Trust, a land conservation organization serving 19 towns and cities, spanning all or part of four counties, within the Androscoggin River watershed.  That work including working with local, state and federal agencies, as well as land owners and other non-profits to build support of conservation projects and the development of recreational assets in the region to promote access to the area’s natural resources.