Joshua Broder, CEO of Tilson Technology Management, was born in Maryland but says moving to Maine was “the best decision he never made”.  Broder grew up in Cumberland and graduated from Waynflete School in Portland.  Broder went on to Middlebury College on an ROTC scholarship, where he graduated with a History degree.  Broder told Stevoe that after graduating college he knew he was interested in business and leadership and thought the Army would give him the experience he was looking for.  Broder served for 4 years overseas as an Army Communications Officer managing the network operations center that controlled the government communications network in Central Asia. 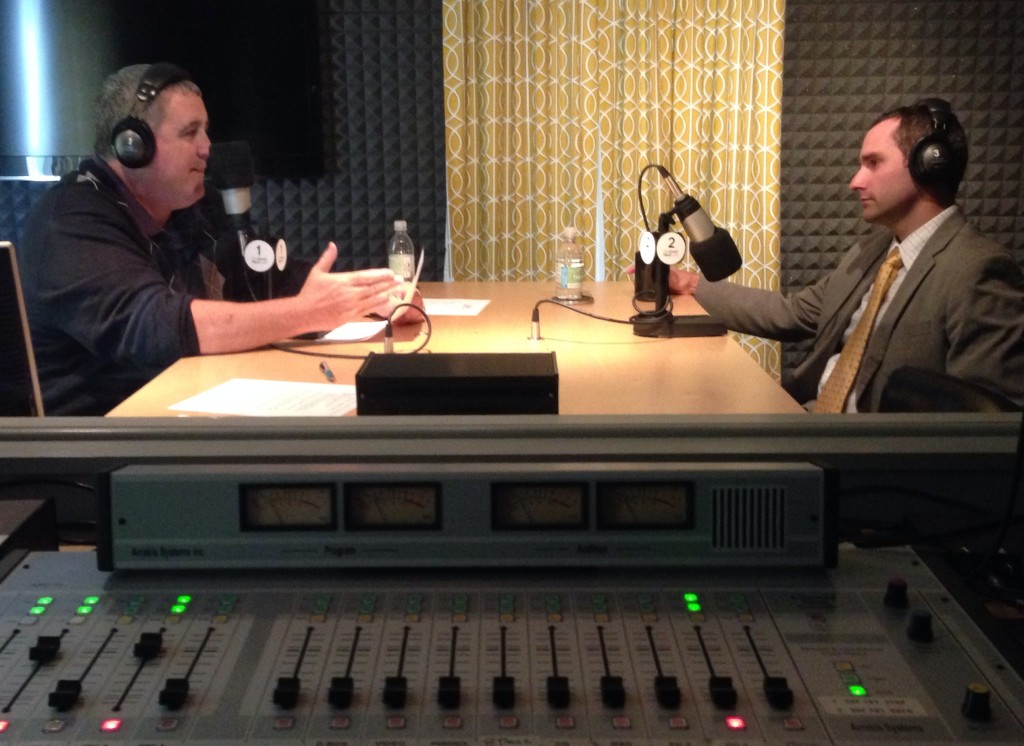 TideSmart Talk with Stevoe host Steve Woods (left) was joined in the studio by the CEO of Tilson Technology Management Josh Broder (right).

In 2009, Broder was named CxO of the Year by TechMaine, recognized for his visionary leadership, strategy, and business development as Tilson’s President.  The youngest ever recipient of the Portland Regional Chamber of Commerce’s President’s Award, Broder is one of four business leaders recognized by the Chamber in 2011.  In October of 2011, he was named to the Mainebiz Next List.  Under his leadership, Tilson was awarded the 2010 Governor’s Award as Technology Company of the Year from TechMaine, an award recognizing a Maine company that significantly contributes to Maine’s position as a cutting-edge technology state.  In 2012, Broder gave a TEDxDirigo talk, “Industrial Economy Infrastructure, Innovation Economy Future”.

Broder serves on the Boards of Directors of the Gulf of Maine Research Institute and HealthInfoNet.  He received a gubernatorial appointment to the Advisory Council of the ConnectME Authority.  Broder and Stevoe discussed connectivity and innovation in Maine and specifically the 3 Ring Binder project that provides high-speed internet service to consumers and businesses across Maine.

Broder owns and manages Tilson Technology Management, a Portland-based technology project company with a world-wide practice. Tilson current has over 85 employees and regional offices in Maine, New York, Pennsylvania, and Alabama. Tilson provides services across a range of telecommunications and IT practice areas, with a mission to serve its customers by building and transforming the information technology and communications infrastructure that enables great organizations to be creative, innovate, and deliver.