Olympic American Luger Julia Clukey was born in Augusta, Maine.  She has studied at the University of Maine (Orono) and is currently taking online classes through Devry University to become an engineer.

Clukey told Stevoe how she discovered her passion for luge at the age of 12, during a USA Luge recruitment tour event in Portland, Maine in 1997.  She also described for Stevoe what it was like the first time she was on the luge sled.  By the age of 13, she was competing at the junior level in international competitions. By age 17, she had captured many individual Junior World Cup medals and was on her way to success. 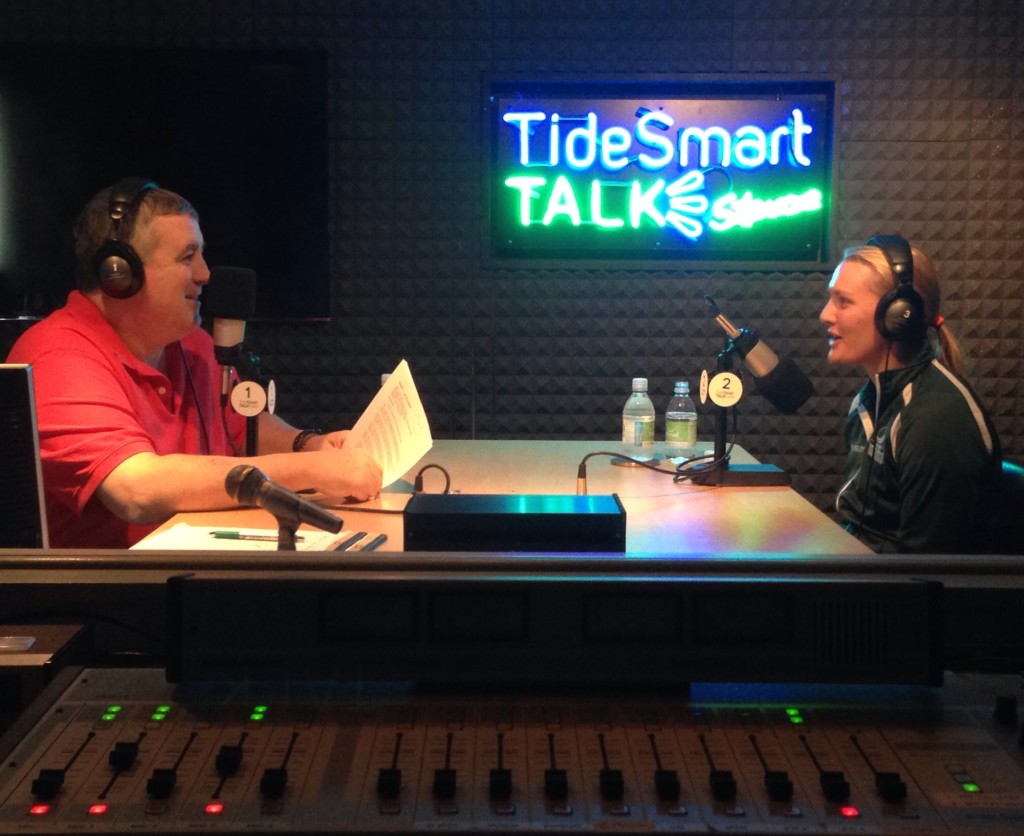 In 2010, Clukey reached one of her goals by qualifying for the U.S. Olympic team.  For the first time in her career she competed in front of a national television audience at the 2010 Olympics in Vancouver, Canada, where she finished 17th.

In 2010-2011, Clukey continued to climb in the World Cup rankings with top 15 finishes. She posted strong times in December that include a 1st place finish in a Nation’s Cup event and a 5th place finish in a World Cup Event at Park City, Utah in late December.

In February of 2012, Clukey captured her first two silver medals in World Cup competition.  After finishing 6th place overall in the final World Cup standings, she was also named the USA Luge “Female Athlete of the Year”.  In 2014, Julia missed qualifying for the U.S. Olympic team, finishing just 13 thousands of a second away from going to the Winter Games in Sochi, Russia.  Clukey told Stevoe about her intense training schedule, but added that “luge is what I do, but not who I am”.

Since 2012, each summer Clukey hosts “Julia Clukey’s Camp for Girls at Camp KV“ on Maranacook Lake in Readfield, Maine.  The camp was designed for girls ages 8-11 as a place to develop self-confidence and a healthy lifestyle.  This year will be the third year of camp) many of the girls are underprivileged and receive a scholarship or economic assistance.