Justin Alfond recently became the second youngest Maine senate president since 1880.  The 3-time District 8 representative and Bayside Bowl co-founder sat down with TideSmart Talk with Stevoe host Steve Woods to discuss ideas to jumpstart Maine’s economy, communication breakdowns in Augusta, the legacy of Alfond’s grandfather, Harold Alfond, and the deal he struck on a napkin with billionaire Warren Buffet. 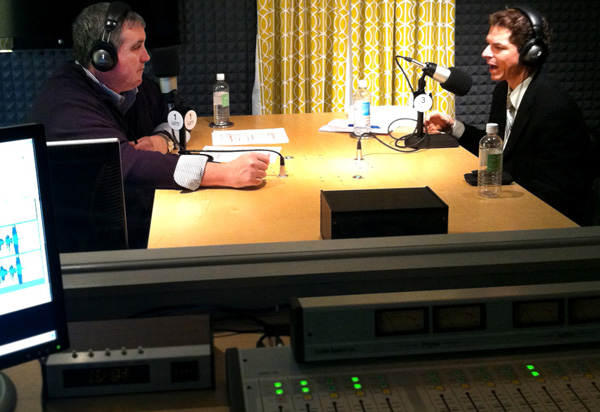 Justin Alfond was born in Dexter, grandson of Harold Alfond, founder of Dexter Shoe. Alfond earned a business administration degree from Tulane University in New Orleans. While attending Tulane, Alfond captained the golf team and was recruited to the professional circuit, where he played for two years.

In 2004, Alfond moved to Portland and founded the Maine chapter of The League of Young Voters, an organization that promotes civic engagement and fostering a spirit of shared responsibility and community. Alfond served four years as the Maine State Director, leading initiatives such as Opportunity Maine, the Maine Energy Efficiency Disclosure Form, and Portland’s inclusionary zoning ordinance.

Alfond was first elected to the State Senate in 2008. During his first term, he was the Senate Chair of the Education & Cultural Affairs Committee, where he oversaw education policy and funding. Among his accomplishments were laws such as: setting a 90% graduation rate goal for every high school in Maine by 2016, creating a one-stop online platform for Maine schools to access virtual courses, and encouraging the use of models in the collection of student achievement data. He also served on the Insurance & Financial Services Committee.

Alfond serves on a number of boards, including Avesta Housing, Opportunity Maine, Kennebec Valley Community College, the New England Board of Higher Education and the New England Secondary School Consortium.