Karen Carberry Warhola, director of the Maine Film Office, grew up in Maine. She was born in Corpus Christi, Texas, but moved to Maine at the age of two when her father transferred to the Brunswick Naval Air Station.  Her family moved to Lisbon Falls when she was in the fourth grade.  Carberry Warhola holds a Bachelor of Arts degree in Political Science from the University of Maine at Orono, where she earned membership in both Phi Beta Kappa and Pi Sigma Alpha honor societies. 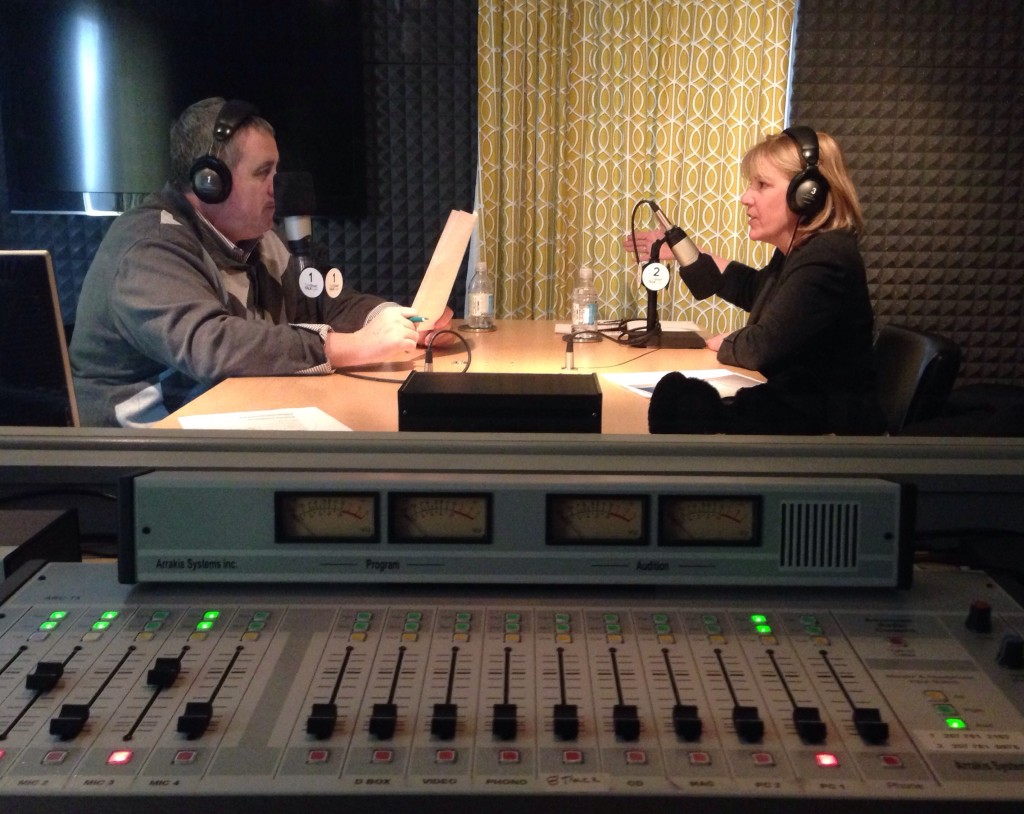 Steve Woods (left) host of TideSmart Talk with Stevoe recently sat down with the Director of the Maine Film Office Karen Carberry Warhola (right) to discuss the tv and film industry in Maine.

Carberry Warhola has more than 20 years of hands-on production experience in the film and television industry.  She started her career as a camera operator at MPBN-TV.  Carberry Warhola told Stevoe how she saw the job posting at MPBN on a bulletin board at UMO and the rest is history.  She also worked as a freelancer at Buena Vista, a division of The Walt Disney Company, which led to her joining their staff for a ten-year run at the Burbank, CA, studio.  She returned to the studio lot from 2005-2012, to manage Touchstone Television’s Prime Time Awards and their Emmy Awards campaign.

The Maine Film Office was established in 1987, and is a division of the Maine Office of Tourism and the Maine Department of Economic and Community Development. The film office “helps bring film, television and other media projects to Maine; works to expand and improve Maine’s in-state production industry; and helps all Maine made media productions succeed.”  Carberry Warhola described for Stevoe the new Production Guide that the Maine Film Office is offering.  This will serve as a production directory and allows local crew and support to list their information for when production companies are looking at filming in the state in the near future.