Dr. Kathryn “Kate” Foster was born in New Jersey.  She attended Johns Hopkins University and received her bachelor’s degree in Geography and Environmental Engineering.  After receiving her master’s degree in city and regional planning from the University of California at Berkeley, she became the regional planner in San Luis Obispo County, California.  This is where she became introduced to the teaching side of academia.  At the age of 25, she was asked to teach “Intro to Planning” at California Polytechnic State University, and decided that teaching was her future. 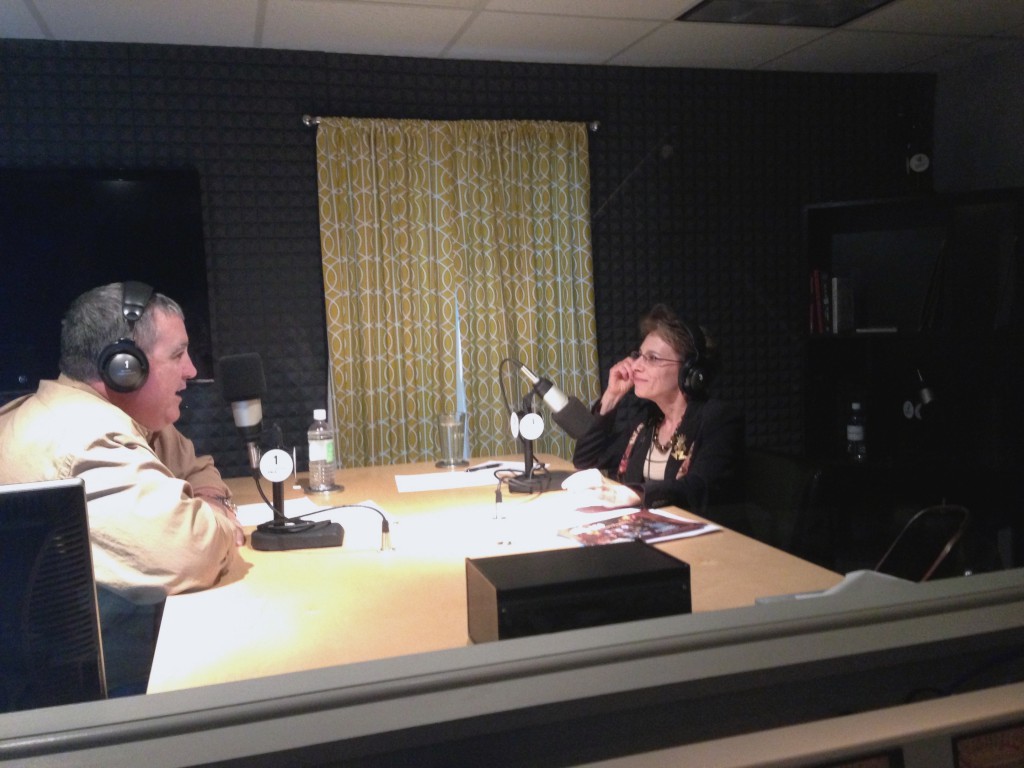 TideSmart Talk with Stevoe host Steve Woods (left) is joined in the studio by the University of Maine at Farmington president Dr. Kathryn “Kate” Foster (right).

Foster became the 14th president of the University of Maine at Farmington in July of 2012.  As a scholar-educator with thirty years of experience in public higher education and regional policy and practice, Foster comes to UMF from a position as Visiting Fellow at the Brookings Institution in Washington D.C., where she was on research leave from the State University of New York at Buffalo.

Foster is a frequent public speaker on regional decision making and governance.  Foster is the author of Regionalism on Purpose (2001), The Political Economy of Special-Purpose Government (1997) and numerous book chapters, articles, and policy reports.  Foster is also associate director and principal investigator of the MacArthur Foundation Research Network on Building Resilient Regions.

About UMF:  The school was chartered in 1863 and began in 1864 as the first public institution of higher learning in the state.  UMF is Maine’s public liberal arts college with offerings in teacher education, human services and arts and sciences.  Enrollment is limited to 2,000 students, which makes it about the same size as many of New England’s most selective private colleges.  UMF was named “One of America’s Best Colleges” by U.S.News & World Report for 15 consecutive years (1998-2013) and was named a “College of Distinction” by the 2008-09 Colleges of Distinction Guidebook.