Katie Hansberry is the Maine State Director of The Humane Society of the United States, as well as the Campaign Director for Mainers for Fair Bear Hunting.  She grew up spending her summers in Maine at Chop Point Camp in Woolwich. Hansberry attended Bowdoin and earned her bachelor’s degree in Economics and Environmental Studies.  She then went on to Boston College Law School for her Juris Doctor degree in 2002.   Hansberry then attended Cummings School of Veterinary Medicine at Tufts University for her Masters of Science degree in in Animals and Public Policy. 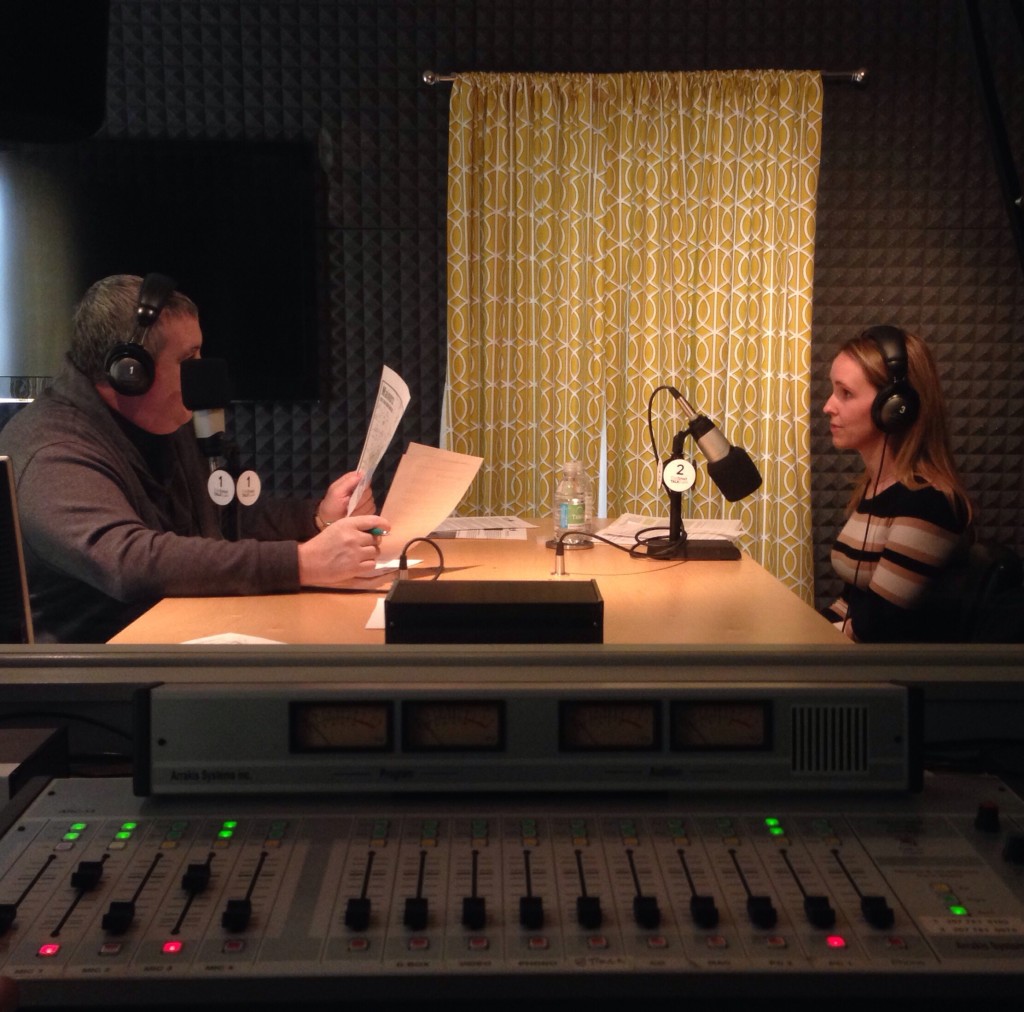 Steve Woods (left) host of TideSmart Talk with Stevoe with Maine State Director of The Humane Society of the United States Katie Hansberry (right) in the studio to talk about the Fair Bear Act.

Hansberry joined The Humane Society of the United States in April of 2012, as the Maine State Director.  After attending several of The HSUS’s Taking Action for Animals conferences, Hansberry determined to focus her passion for animal welfare into a career.

Hansberry has also volunteered with the Coastal Humane Society, the Volunteer Lawyers Project, and the Nature Conservancy.  Hansberry currently resides in Portland with her adopted cat Goody and her rescued Corgi, Scully.  Hansberry is a TST show alumni and was on the show in July 2013.

The Humane Society of the United States
The Humane Society of the United States (HSUS) was formed in 1954 and is the nation’s largest animal protection organization. The HSUS has been fighting for the protection of all animals through advocacy, education, and hands-on programs.  They rescue and care for tens of thousands of animals each year, but their primary mission is to prevent cruelty before it occurs.  They are “there for all animals, across America and around the world.”