We recently welcomed back to the show Portland’s “musical high priestess”, Lauren Wayne. She is the General Manager of the State Theatre and Port City Music Hall in Portland. Wayne is the talent buyer and marketing guru for both venues and has booked some big acts you can expect to see in Portland soon. 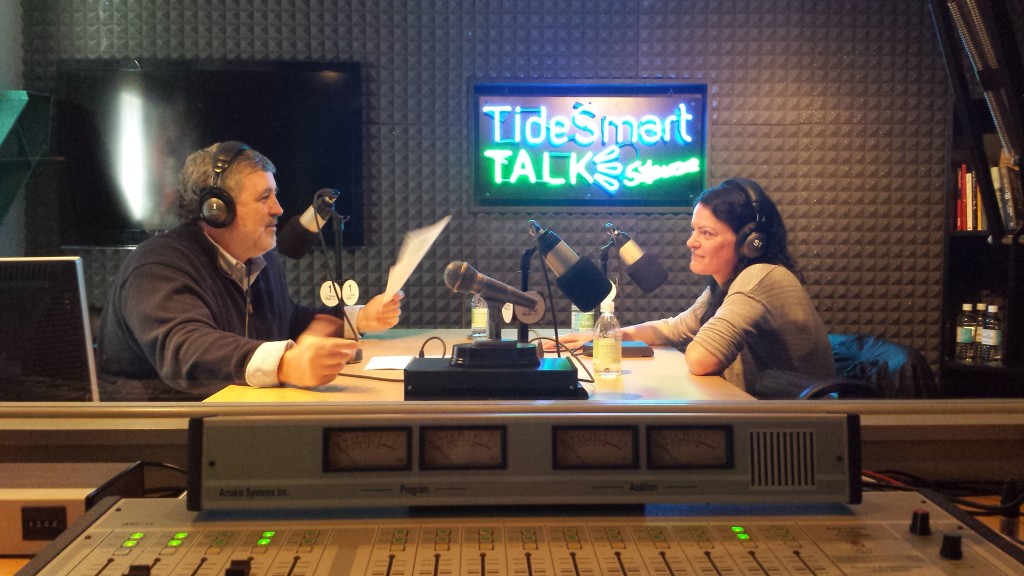 During Lauren Wayne’s second appearance on the show, she and Stevoe briefly spoke about how she became interested and involved in concert promotion and talent buying. Wayne put it as simply as it could be: She became interested by just being a music fan. She fell in love with Portland on a spur of the moment trip with her friends from New Hampshire and decided to stay.

Wayne guesses she books about 220 shows per year for the State Theatre and Port City Music Hall. Stevoe asked her why in the 60’s and 70’s Portland was able to draw such big acts such as Jackson Browne, Billy Joel, and Willie Nelson. Back then, touring and gigging was a newer thing and the crowds were smaller. Now when big acts go on tour, they sell out much bigger venues like the TD Garden in Boston. Portland is still a great city for music, but it doesn’t have a venue with enough capacity to draw those acts.

Portland does have a new venue for Wayne to book gigs to: Thompson’s Point. This new venue is situated behind the Portland Transportation Center and will have water views on 3 sides of the space. The first act to play this venue this year will be Primus on June 25th. Also booked for that venue is Ingrid Michaelson on June 28th. According to Wayne, there is still a lot to do to get Thompson’s Point to where they want it, but for this season the temporary infrastructure will suffice.

Also this week, we are re-playing an interview with The Mallett Brothers Band, who are having their album release show at Port City on Saturday, April 25th.