Linda Greenlaw was born in Connecticut.  When her father got a job as an information systems manager for BIW, the Greenlaw’s moved to Topsham, Maine.  Growing up, the family always summered on Isle au Haut, where Greenlaw now resides (year-round population of approx. 40).

Greenlaw graduated from Colby with a degree in English and government.  To help pay for college, she began working through the summers as a cook and a deckhand on a sword-fishing boat.  After graduating, she became America’s only female swordfish boat captain.  Greenlaw never saw gender as a barrier; she says she just wants to be the best at what she does.  Greenlaw spoke to Stevoe about how she never saw herself as a feminitst.  “Gender shouldn’t hold you back.  Find something you love, and do it.” 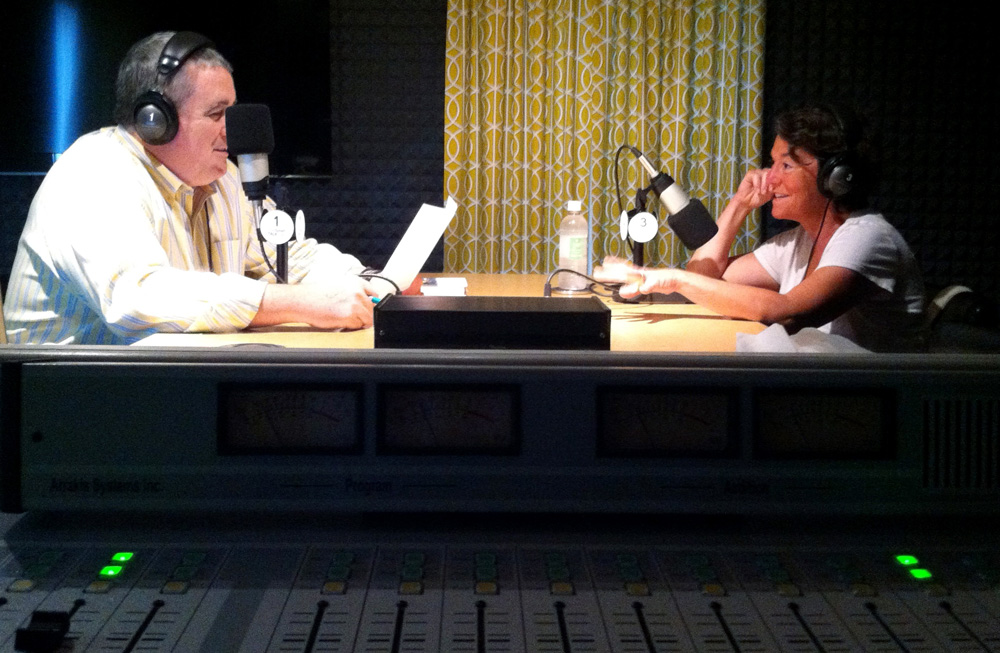 In October of 1991, Greenlaw was captain of the Hannah Boden, sister ship to the Andrea Gail, which disappeared in what came to be known as the “Perfect Storm”.   Greenlaw had been in radio contact with Billy Tyne (captain of the Andrea Gail) warning him of the impending storm, before the ship went down.  In 1997, Sebastian Junger wrote a nonfiction best-seller about the tragedy titled ”The Perfect Storm” and the book made Greenlaw famous.  In 2000, Hollywood turned Junger’s book into a movie, starring George Clooney, Mark Wahlberg and Greenlaw is portrayed by Mary Elizabeth Mastrantonio.

Greenlaw is the best-selling author of “The Hungry Ocean”, “The Lobster Chronicles” and “All Fishermen Are Liars”.  She has also co-authored two cookbooks with her mother, and has written a series of mystery novels set in Maine.  Greenlaw stars in “Swords:  Life on the Line” on the Discovery Channel, where she captains the Seahawk and returns to the famous Hannah Boden.  Greenlaw’s most recent book “Lifesaving Lessons:  Notes from an Accidental Mother”, is her version of what happened when going through the process of adopting a teenage girl who came to Isle au Haut with the girl’s “uncle” and how this experience changed her life.

Stevoe and Greelaw discussed the swordfishing industry, how the harvest is 100% sustainable and healthy, and how the circular hooks that are used to make the release of fish under legal length easy.  Greenlaw also spoke about what its like being off shore for a complete lunar cycle, and that swordfishing is always an adventure.

Greenlaw is also involved in the Coastal Studies for Girls, a science and leadership school, based in Freeport.  The school accepts 10th grade girls from all over the country for a semester, to promote aspirations in the sciences field.