Lisa DeSisto is the CEO and publisher for Maine Today Media (MTM).  MTM publishes The Portland Press Herald/Maine Sunday Telegram, Kennebec Journal, Morning Sentinel, and The Coastal Journal.   DeSisto grew up in Stoneham, Massachusetts and attended the University of Massachusetts, Amherst.  DeSisto graduated with a Bachelor’s degree in Communications with a minor in Film.  Stevoe and DeSisto opened the interview by discussing their narrow degrees of seperation.  Some of these include that both have spent time by the “banks of the river Charles” and both have had encounters with Nancy Kerrigan. 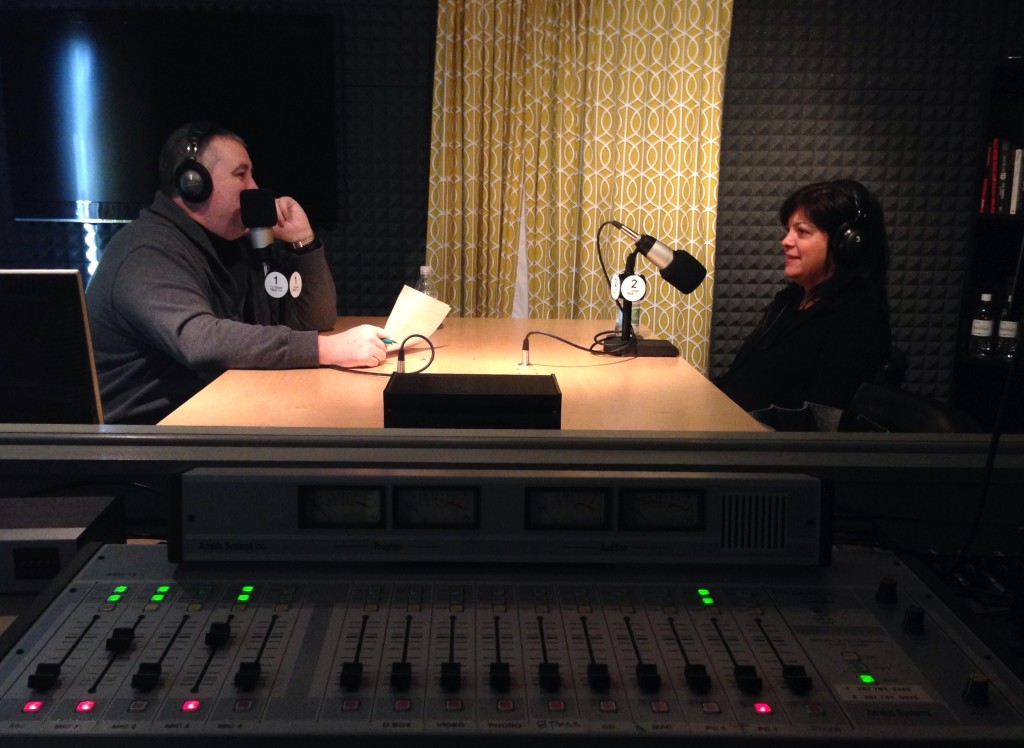 Steve Woods (left) host of TideSmart Talk with Stevoe sat down with the CEO & Publisher of MaineToday Media Lisa DeSisto (right) to discuss the media business in Maine.

Before joining the Globe, she held marketing positions at The Boston Phoenix, Boston Magazine and WRKO Radio. In 2006, DeSisto was named “Online Innovator of the Year” by the Newspaper Association of America.  Boston Magazine named her one of the “Most Powerful Women in Boston”. While in Boston, she served on the executive committee of the Ad Club of Boston and on the board of the Big Sister Association of Greater Boston.

DeSisto lives in North Yarmouth with her husband, Tim and their son, Andrew.  DeSisto told Stevoe how pleased and impressed she has been with the Maine school system and that her son is flourishing.  She is also a board member of the Boys and Girls Club of Southern Maine.