Swann told Stevoe how growing up in home with others who help is most likely what led him on his career path.  In 1991, Swann became executive director of Preble Street, where he has since grown the organization from a small organization with a staff of two, into one of the most highly respected human service organizations in Maine.  The organization currently employs more than 200 people and organize hundreds of volunteers. 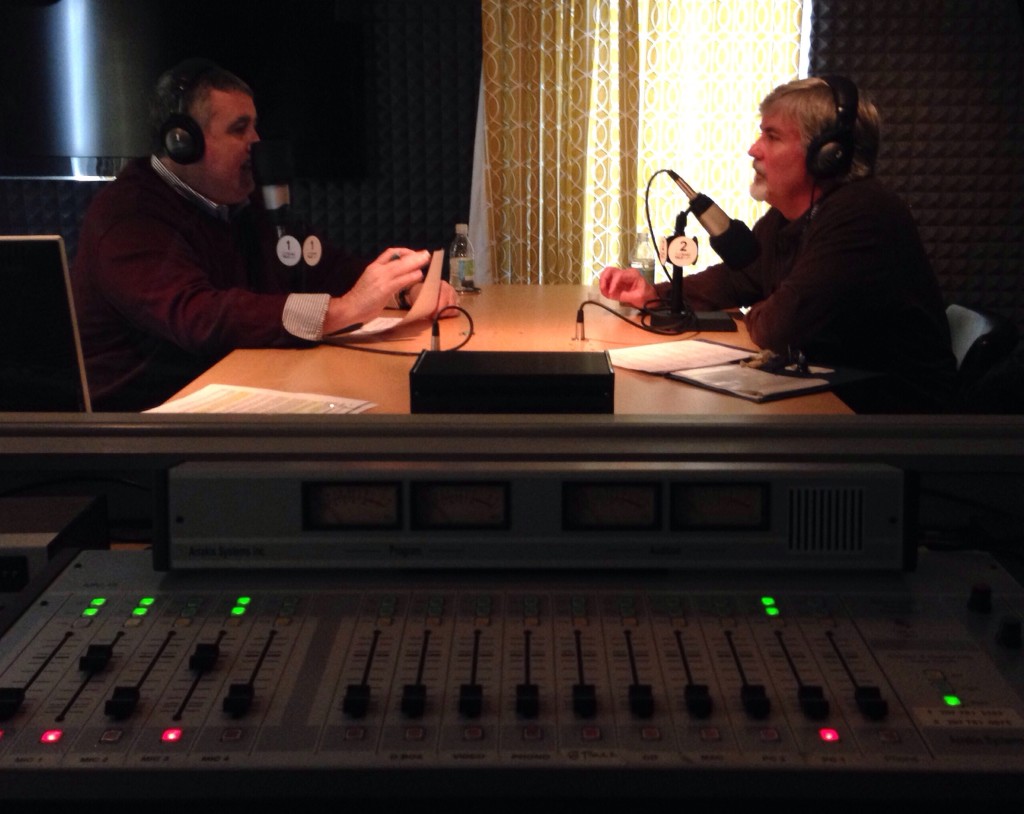 Swann was selected in January 2012, as a national finalist for the Congressional Medal of Honor “Service Before Self” award.  This award honors “those ordinary Americans who become extraordinary through their indomitable courage and selflessness.”

Preble Street was founded in 1975, by Joe Kreisler, as a neighborhood center to involve and empower homeless and low-income residents.  The mission of Preble Street is a living, breathing directive:   “To provide accessible, barrier-free services to empower people experiencing problems with homelessness, housing, hunger and poverty; and to advocate for solutions to these problems.”

Swann lives in Portland, Maine with his wife Mary, and three grown children.  He has been a volunteer basketball coach with the Portland Recreation Department and has served on the several local Boards, including Spring Harbor Hospital, York-Cumberland Housing, The Board Network, the Immigration and Legal Advocacy Project, and the Center for Prevention of Hate Violence.