President of the Maine Media Workshops & College Margaret “Meg” Weston grew up in Stamford, Connecticut.  Weston has a Bachelor’s degree in Communications from USM and a Master’s of Fine Arts degree in Creative Writing from Lesley University.  Weston told Stevoe how after she came to Maine on her honeymoon, she knew she wanted to live here and moved to Maine in 1974. 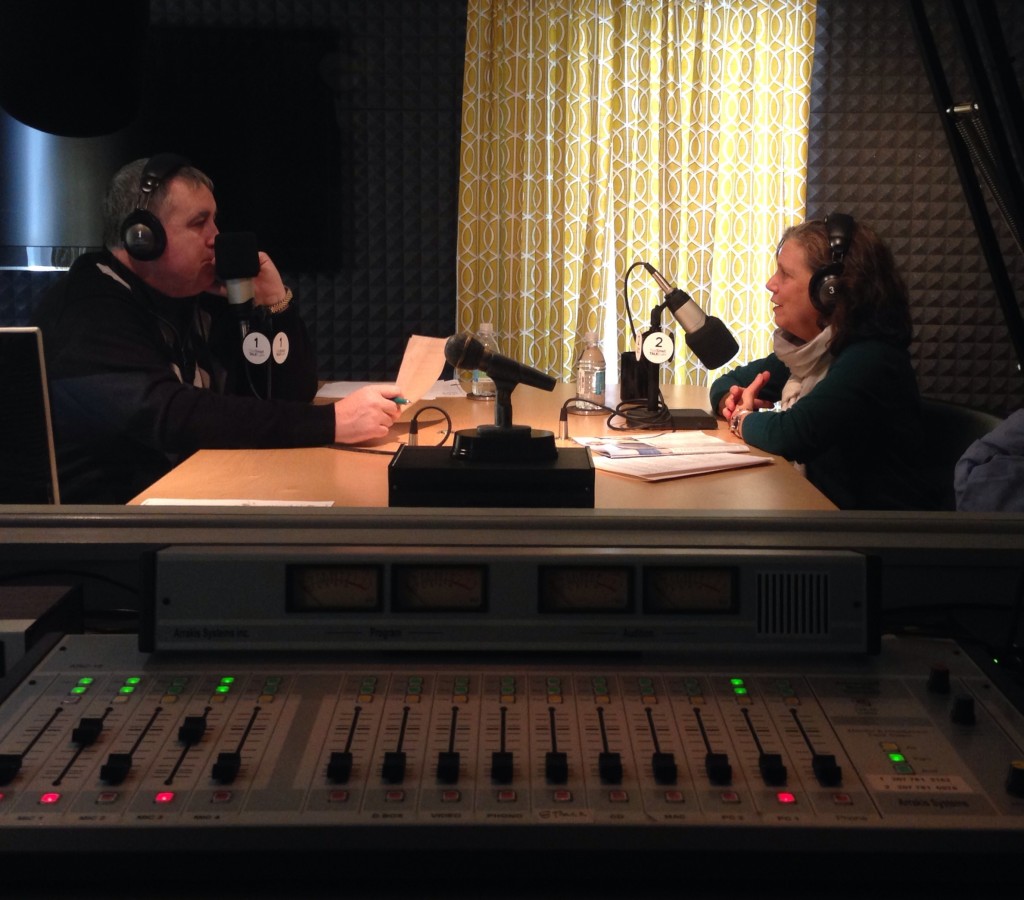 Steve Woods (left) host of TideSmart Talk with Stevoe was joined in the studio by the President of Maine Media Workshops & College Meg Weston (right).

Weston has over 25 years of experience in various roles in business, media and education, including: President/CEO of the University of Southern Maine Foundation, President of the Portland Press Herald and Maine Sunday Telegram, President/COO of the U.S. photofinishing operations of Konica Corporation, and President/CEO of an Israeli digital imaging start-up called PrintLife.

In February 2012, Weston was appointed President of Maine Media Workshops + College (MMWC).  Weston described MMWC for Stevoe as an experiential education for all skill levels, and that their main goal is to educate and inspire their students.

In the community, Weston served two terms as a gubernatorial appointment to the University System Board of Trustees and was Chair of the Board for two years.  She is currently on the board of Maine Center for Creativity.

Weston’s passion is photographing volcanoes. Her photography work has been showcased in the solo exhibit, “Lavascapes;” in group shows: “Atelier 2007” and the “Next Step” exhibit of alumni of JP Caponigro, as well as on her website, www.volcanoes.com.