As a columnist and blogger, Mike Tipping has spent much of the past six years writing about Maine politics, with a focus on analysis and explanation. Tipping joined TideSmart Talk with Stevoe to discuss his career, thoughts on the LePage administration and his work as Communications Director at the Maine People’s Alliance.

Tipping grew up in Orono, Maine. He attended Dalhousie University in Halifax, Nova Scotia, where he was President of the Student Union. 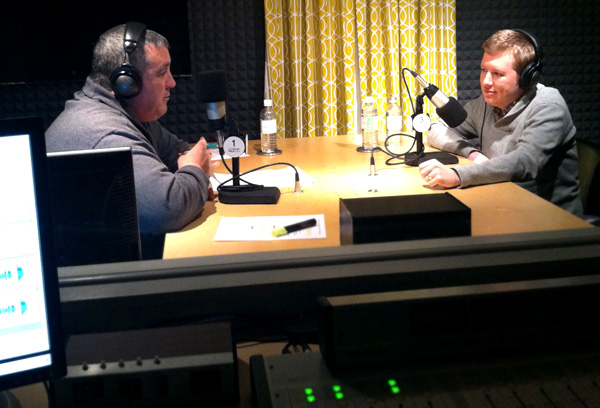 In 2008 he started blogging for Down East magazine, covering the politics of Maine. He signed on as a political columnist for the Morning Sentinel and Kennebec Journal in 2010. In 2012, he left Down East and joined the Bangor Daily News where he writes a blog called, “The Tipping Point”, where he discusses Maine politics and policy with a focus on analysis and explanation.

Tipping also serves as Communications Director for Maine People’s Alliance. The MPA is dedicated to advancing economic, environmental, political and social justice by involving and educating citizens. The group focuses on leadership development to increase the number of citizen leaders prepared to work for positive social change. Their current campaign is for a “fair share economy”, including Jobs, Health Care, and Education: Human Rights.