Falmouth Forecaster Columnist and Emeritus Professor of Law at USM Orlando Delogu grew up in New York City, in upper Manhattan.  Delogu earned his Bachelor’s in Economics from the University of Utah, his Master’s in Economics his J.D. from the University of Wisconsin.  Delogu worked as an Economist for the State of Wisconsin, and was the Southeastern Wisconsin Regional Planning Commission from 1962-1965. 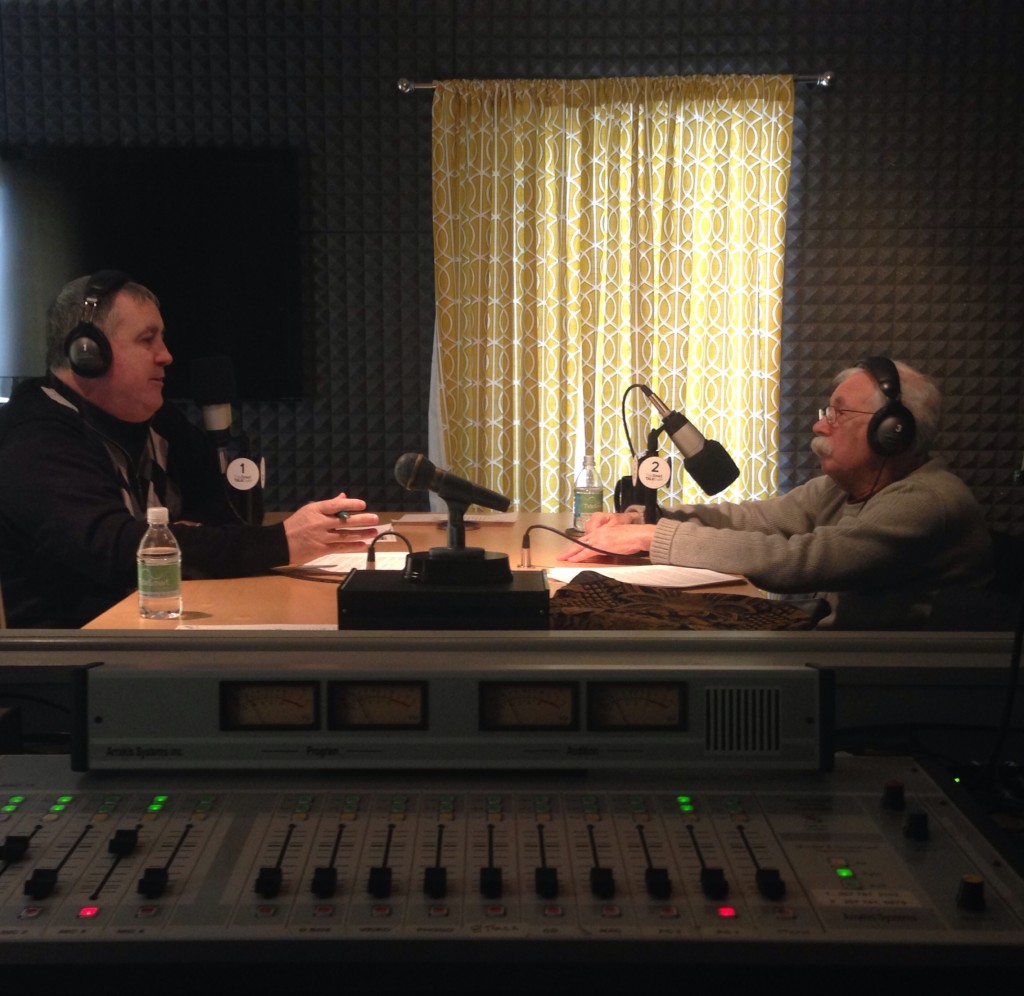 Delogu joined the faculty of the University of Maine School of Law in 1966 and taught full time for 40 years, retiring in 2006.  He is now an Emeritus Professor of Law at the school.

Delogu is also a columnist for the Falmouth Forecaster.  Delugo and Stevoe talked about his column “Policy Wonk”, what that term means and how he came to name his column after it.

Delogu is a founding member of the Maine Civil Liberties Union and oversaw the organization’s growth from its infancy from 1967 through 1973.  In April 2013, Delogu was honored by the ACLU of Maine with the 25th annual Justice Louis Scolnik Award.  Stevoe and Delogu talked about his work with the ACLU and the work they do re-protecting, reestablishing and reasserting civil liberties.

Delogu lived for extended periods of time in Ireland, England, Germany, and France–all in sabbatical settings that allowed him to teach and do research on state and local government tax policy, land use, and environmental law issues.  He remains active in all of these endeavors.

Over his career, Delogu has spoken at conferences in Europe and the U.S, has been involved in test cases, and has published countless pieces on law in professional journals, magazines, and various print outlets.  Delogu is a regular contributor on land use, environmental and state tax issues to the Maine Lawyers Review—over 30 pieces have been published in the last five years.