Paul Andrew Mayewski is a scientist, an educator, an explorer, and a climatologist. Born in Scotland, Mayewski was raised and educated in New York and has been working as a scientist and climatologist ever since. He has been the Director of the UMaine Climate Institute since 2000. 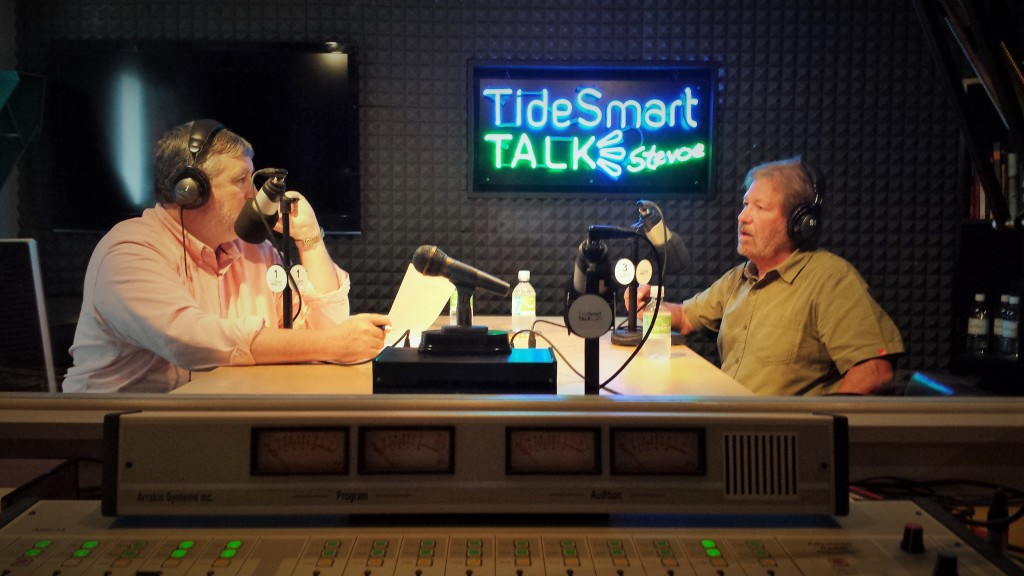 Host of TideSmart Talk with Stevoe, Steve Woods, welcomed the Director of the UMaine Climate Institute, Paul Mayewski (at right).

As the Director of the Climate Institute, Mayewski is leading one of the oldest groups in America to be studying climate change. There are over 130 staff and faculty members, which is split pretty evenly between graduate/post-graduate students and and faculty/staff. While there has been more focus on climate change in the last few years, the group at UMaine has niche research that “ranks” them above many other research groups.

With over 375 peer-reviewed publications and 55 research expeditions led, Mayewski is well read and well traveled. He has been to some of the most remote parts of our planet including multiple trips to Antarctica, the only internationally managed land in the world. In order to visit the continent, you must get permission from your home country as there is no one group that manages travel to and from Antarctica. Mayewski describes the scenery as silent and beautiful – a place where sometimes the only thing you can hear is your heart beat. A few miles from the coast, there are no animals, just mountains and crevasses. It’s in these parts of the continent where the ice can get up to 10,000 feet thick (with an average thickness of 6,000 feet). It’s in these places where Mayewski takes core samples from the ice to study the history of the climate. He says that with one ice core he can perform over 100 measurements and he describes them as the “most robust indicator” of the climate over time.

Mayewski and Stevoe discussed how climate change is going to affect Maine and Mayewski says it’s not all bad news. While other parts of the country (e.g. California) are going to continue to experience extreme droughts, Maine and the northeast is going to experience and uptick in precipitation. While the precipitation may come during any season, it will create a better environment for crops, encouraging “climate refugees” to migrate to our region. This is obviously not all good news: This could also mean we get more snow and more ice in the winter and possible flooding in the spring and summer. An increase of population and precipitation in the area would mean that municipalities would have to focus on updating infrastructures to handle the extra people and increased chance of flooding.

For more information about Maine’s climate future, applying for graduate school at UMaine, the Institute’s upcoming trips and more, visit their website: climatechange.umaine.edu.