It’s been over 100 episodes since Paul Bradbury last joined us on TideSmart Talk and a lot has happened at our favorite jetport. Since the $163 million renovation, Portland International Jetport was named #7 on Condé Nast Traveler’s Best Airports in America. It also had it’s best year with the most annual travelers to date. Bradbury shared all the good news and some other fun facts with us on this visit to the TideSmart Talk studio. 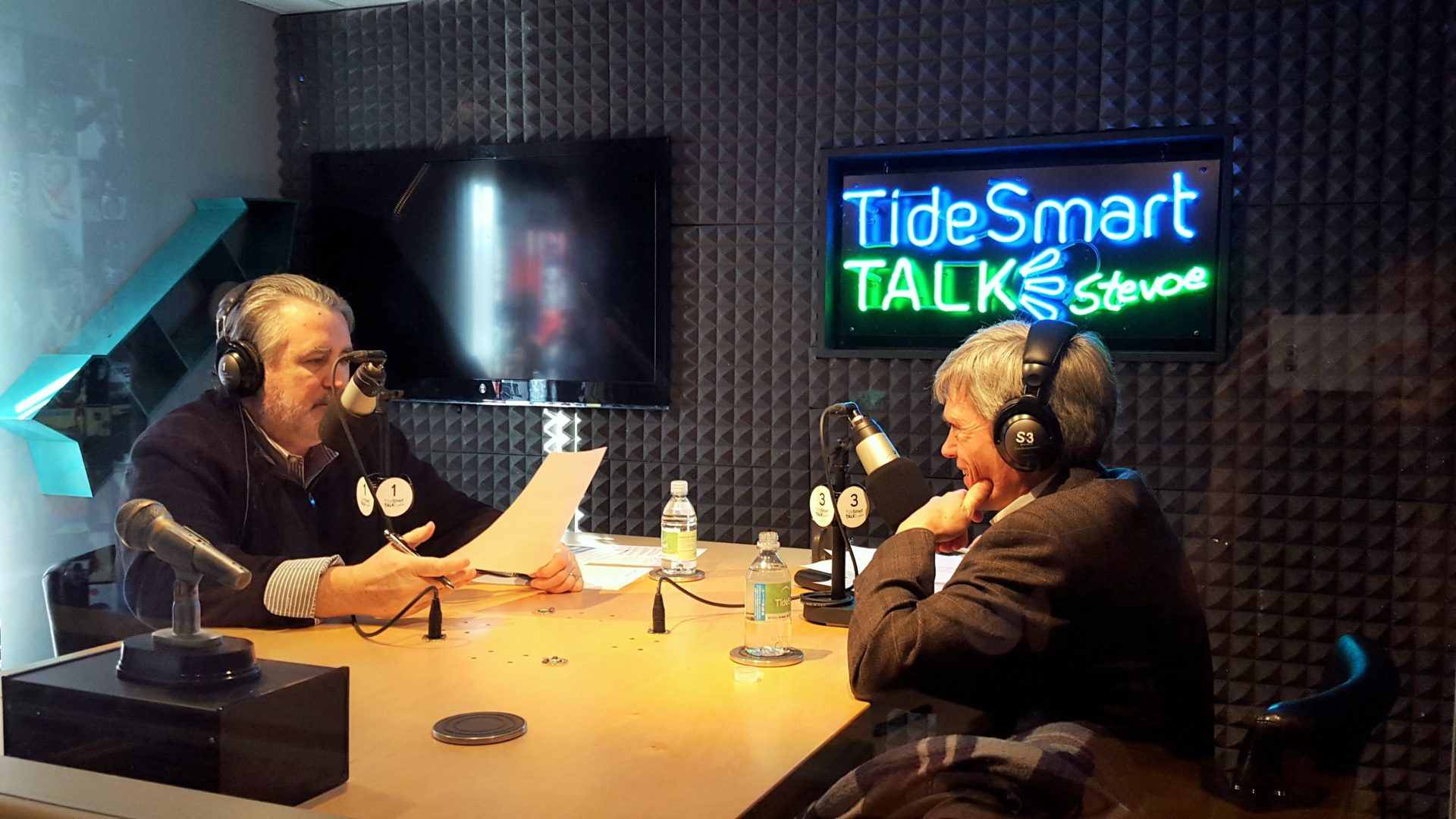 2015 was a good year for the Portland International Jetport and 2016-2017 looks like it will be good, too. Travel was up 12.5% in November 2015 and as of December 2015, the jetport was setting all new records for five or the last seven months. In fiscal year 2017 (which starts this summer), the jetport plans on renovating gates 1 – 6 to match the updates that have already been made to the rest of the terminal.

Bradbury mentioned that the average size of airplanes flying into and out of Portland are growing in size thanks to increased air travel. Now, the smallest commercial planes are generally the 70-seat regional planes. He did mention that the largest aircraft is a Boeing 757 that is used for cargo transport by FedEx.

Stevoe asked what the difference was between an airport and a jetport. It turns out, that there is no difference. When Portland’s airport was being renamed, propeller planes were being phased out for jet planes and therefore the airport became Portland Jetport. And what about Portland’s airport code? You know, the three-letter sign at the entrances? It’s PWM and there’s some history behind that, too. The last light beacon before you get to the runway is in Westbrook, so the code became Portland Westbrook Municipal, PWM. Bradbury said it’s obviously hard to come up with three letter codes for all of the country’s airports, so sometimes some creativity is required. For example, Chicago’s O’Hare International Airport has the code ORD because before it was built, the nearby community was called “Orchard Place” and therefore the airfield was named “Orchard Field,” or ORD.

Bradbury said that PWM’s next focus is “working on the seasons.” As it is now, like with the rest of Maine’s tourism trends, July and August are the busiest months at the airport. They also happen to be the busiest months at the car rental facilities on site. During the summer months is when the car rental companies at the jetport pull in the most of their $30 million in sales. That’s a lot of vacationers and that’s what the Maine economy likes to see.

For more information about the Portland International Jetport, visit portlandjetport.org.