Paul Bradbury is Portland’s International Jetport airport director. Bradbury has been employed by the city in several positions at the Jetport since August 1992 and has managed all landside facilities at the Jetport since 1994.  He was appointed to his current position of Airport Director in 2008.  In this position, he is responsible for the overall management, operations and planning for the Jetport.   The two also discussed Bradbury’s degree in Mechanical Engineering, the nearly 1.7 million passengers fly in and out of the Jetport annually and the Jetports visit from Air Force One. 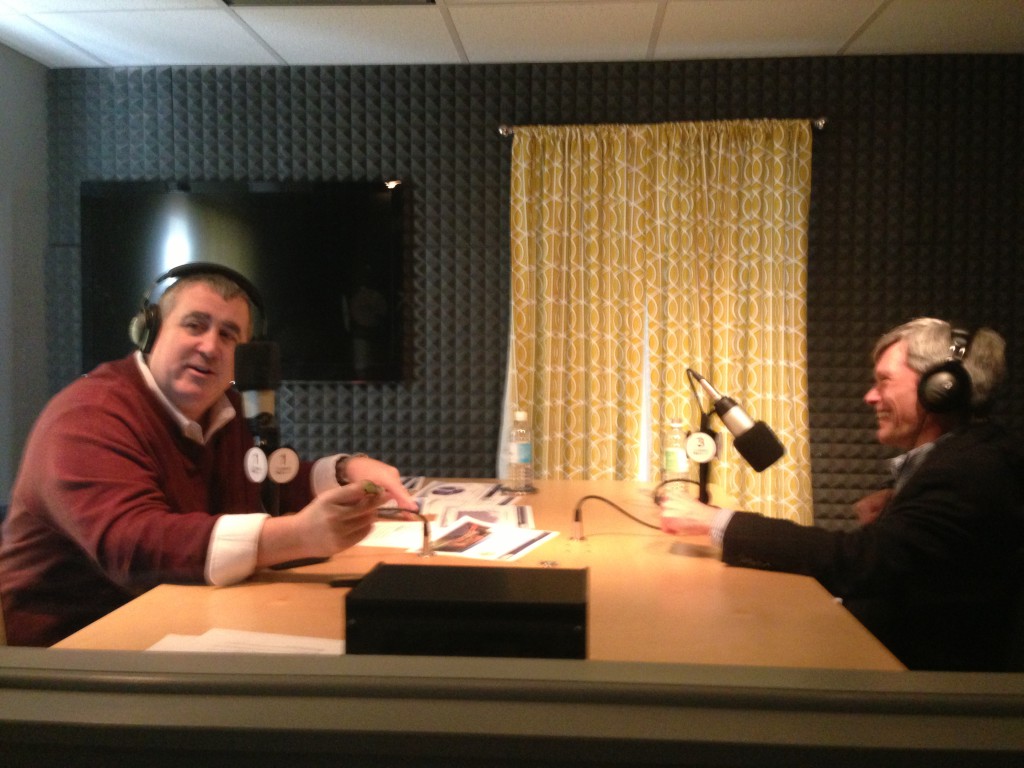 Under Bradbury’s leadership, the Jetport has undergone major renovations.  Such improvements include the new terminal building, which received LEED Gold certification, (80% of construction debris recycled, 37% of materials in terminal expansion have recycled content, preferred lot parking for hybrids), only the second terminal project in the nation to achieve this level.  Other improvements include combining a new aircraft de-icing fluid capture system and the largest airport geothermal heating and cooling system.

Nearly 1.7 million passengers fly in and out of the Jetport annually, with more than 200 passengers using the Jetport each day to connect to and from international destinations (Asia, the Carribbean, Europe and Canada). PWM, the code given to the Jetport by the FAA, stands for Portland Westbrook Municipal.  In the earliest days of aviation, pilots would navigate using a series of lights.  The last set of lights before the runway was located in Westbrook.

Bradbury graduated from Rensselaer Polytechnic Institute with a B.S. in Mechanical Engineering.  He is a licensed professional engineer in the state of Maine.  Bradbury is an avid runner and triathlete who has completed the Ironman at Lake Placid three times.