Paul Ferguson was named President by the University Of Maine System Board Of Trustees in March of 2011. A Southern California native, Ferguson is a Whittier College graduate who earned a Ph.D. in pharmacology and toxicology at the University of California, Davis in 1981. Between college and graduate school he gained practical experience working as a research specialist in the Los Angeles County-University of Southern California Medical Center and as a research biologist for Penwalt Corporation. Ferguson has been certified continuously as a Diplomate of the American Board of Toxicology for the past 25 years.  Stevoe and Ferguson delve into what it means to be the “Flagship” campus for the University of Maine, as well as how there is something different about Mainers that is tangible. 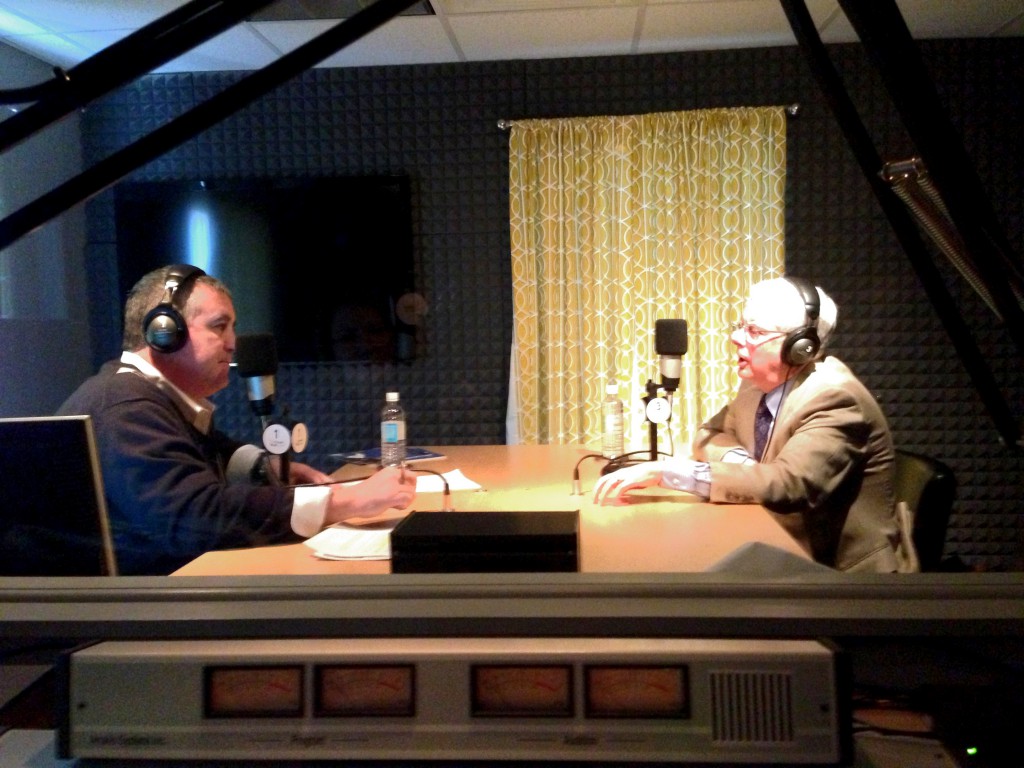 In his first year at the helm of the University of Maine System’s flagship campus in Orono, Ferguson rolled out a “Blue Sky Plan,” which won the support of the system trustees. Crafted by a 26-member leadership team using the input of hundreds of university employees and staff, the plan lays out five broad initiatives for the next five years. The plan can be summarized as the “Five M’s” (“Maine’s Renewal”, “Money and Management”, “Morale and Marketing”, Mentoring and Modeling” and “Master Plan and Maintenance.  The plan’s “pathways” to the future includes partnerships with businesses and industries, finding new ways to attract revenue and students, boosting marketing efforts, revamping academic programs and improving infrastructure while beautifying campus.

Ferguson and his wife, Grace, have been married for 37 years and have three children: David and his wife, Kayley, live in College Station, Texas, where he is a doctoral student in Kinesiology at Texas A&M University; Kathryn, engaged to fiancée Bobby Bowman, is a first year medical student at NYU School of Medicine; and, Jenny is currently a Political Science/History major at the University of Maine.