Peter Mills joined Stevoe for an interview on the Friday leading into Memorial Day weekend and it wasn’t all shop talk. Mills discussed his time in the Navy spying on the Soviets and how his ship was one of the first in the world to utilize GPS. He and Stevoe also discussed some international politics and the history of the Maine Turnpike. 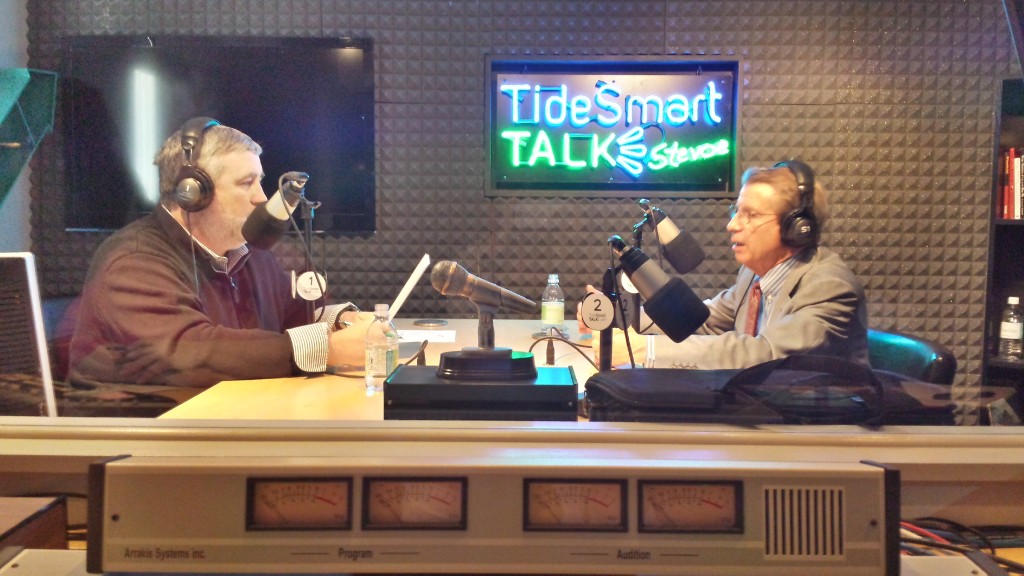 Peter Mills was born and raised in Maine, but did a five-year stint in the Navy in return for a scholarship to Harvard to study law. Since then, Mills has had a career that has taken him across many disciplines from law firms, to the state government, to the Maine Turnpike Authority (MTA), among other ventures. He spent 16 years in the Maine legislature and discussed the friendliness of his constituents with Stevoe, who calls himself a “recovering politician.”

Mills and Stevoe also discussed the MTA and how it was the second toll road in the country and the only one that needs no government funding. The turnpike is the only one that survives solely on the monies gathered from tolls. Mills talked about how approximately 66% of tolls collected are from out-of-state drivers. He also believes that there should be no reason for any toll hikes in the coming years, which is good news for all.

Also explained was how the E-ZPass system benefits Mainers. Not only do we get a discount at the toll booth (especially for commuters), but the MTA has been able to cut labor and benefits costs by ~13% from 10 years ago. This allows more of the revenue to be allocated toward the upkeep of the road and the systems.

This Memorial Day weekend, Mills had expected traffic into Maine to increase by ~5% from last year and have the highest traffic ever (up from 2006-07 before the economy dipped), but the MTA just announced that the increase was ~8% with over 900,000 transactions.