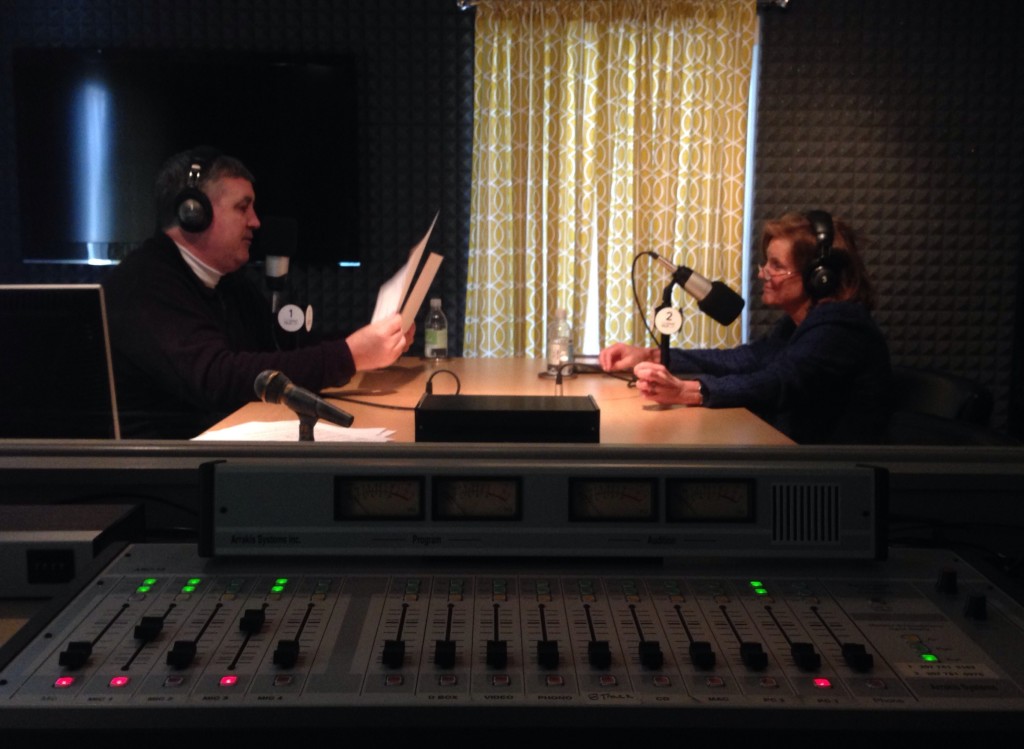 Stone is Chair of the Maine Angels, a private capital investment network.  Members are accredited investors who help fund early stage high growth potential companies and will often mentor their portfolio entrepreneurs. Their goal is to make sound investments in promising New England entrepreneurs with an emphasis on Maine businesses. Currently 10 of the 71 members (14%) are women. In 2012, members collectively invested just over $3.4 million in 21 regional deals (besting each of the previous 9 years in dollars and number of deals, and placing Maine Angels as #10 on a national list for number of deals closed).  Stevoe and Stone discussed how angel investors originated from Broadway theater.

Stone was recognized as a “2013 Mainebiz Woman to Watch” in part for putting Maine’s Angel Capital investments on the national radar screen and for her role in helping build the state’s growing innovation economy.

Stone is also Principal of Sea Cove Solutions, focusing on connections, and strategic linkages within the innovation and entrepreneurial community, with an intentional focus on female entrepreneurship.  She is also on the advisory board of Women Standing Together for Entrepreneurship and Leadership, a nonprofit spinoff of the Maine Women’s Fund.

In addition, Stone has been Head Coach of the girls’ tennis team at Falmouth High School (which has won 8 Class B State of Maine Championships in her 11 coaching seasons), and she was recognized for the 3rd time as the Forecaster’s Northern edition Spring Girls’ Coach of the Year in 2012.