Shannon Moss, Maine journalist and host of “Split Screen”, was born and raised in Warwick, Rhode Island.  Her father played an important role in her finding her career path and always reminded Moss of the importance of looking at people when they talked and to remember people’s names.  At age 9, she realized she wanted a career in journalism and started her own newspaper, “Neighborhood News”.  In school, Moss read the morning announcements over the intercom. 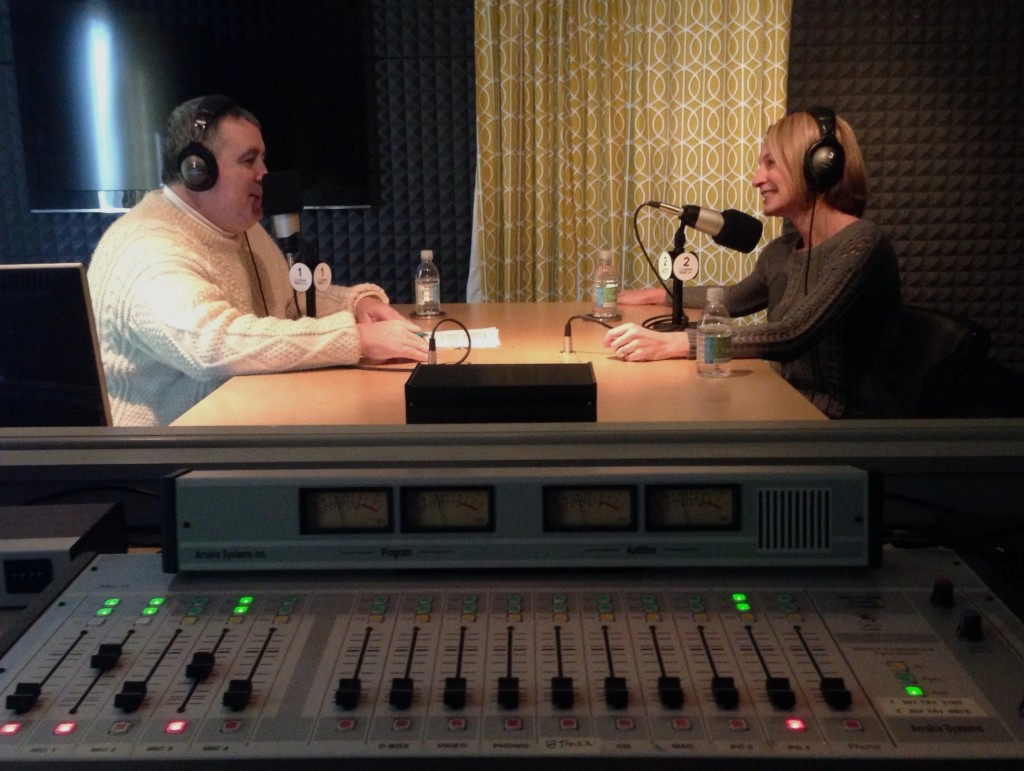 Moss graduated with a degree in journalism from the University of Rhode Island.  After college, Moss worked as a reporter for Media One Metro News in Rhode Island.  From 1996-1998, Moss worked as an anchor and reporter for WSAW Channel 7 in Wausau, Wisconsin.  Moss told Stevoe that while living in Wisconsin, she saw an ad for a job opening at WSCH6 and she applied.  She later learned that it came down between her and a beauty queen from San Diego, but that one of the deciding factors was that she seemed more likely to get out of bed at 3 o’clock in the morning to cover a story.

And in 1999, Moss moved to Maine and has been visible in Portland newscasts ever since.  Moss’s first position was a news anchor/reporter for WCSH Channel 6 from 1999 until 2007.  Here she had a news segment called “Get Out Alive”, where she gave people tips on escaping dangerous situations.  In one episode, Moss crawled through a burning building.

Moss then went on to be a news anchor for WMTW Channel 8.  While at WMTW, Moss served as host for community events, such as Disney on Ice to the National Multiple Sclerosis Society’s fundraising walks.

In October of 2013, after being dismissed by WMTW Channel 8, Moss turned job loss into opportunity and began hosting and producing her own half-hour interview series, “Split Screen with Shannon Moss”.  Each episode showcases outstanding Mainers.  The episode begins with an interview with “Mainers you should know”, meaning everyday people who do extraordinary things.  The second part of the interview is with Maine celebrities, but it is conducted in a unique setting around Maine.