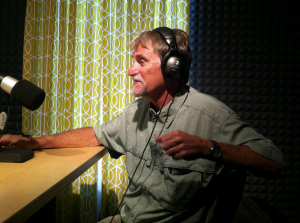 Ben Brickett talks with Stevoe about his newest invention, the variable force generator.

Ben Brickett is the founder of Blue Water Concepts, Inc. in Eliot, Maine where he combines his experience in engineering with creativity to invent environmental and marine systems products. He currently holds six patents for his inventions including a micro-chip embedded fishing line and a tension line cutter that allows ensnared whales to escape.

Most recently, he has developed a “variable force generator” wind turbine that can turn in winds as slow as 3 miles per hour, or as fast as 60 miles per hour. It is two times more efficient in generating electricity than current wind turbines and has caught the eye of manufacturing company Goss International.

In this interview, Brickett shares the concept of his proudest invention, the variable force generator, and talks with Stevoe about the work that goes into being an inventor. 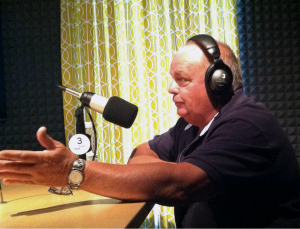 Bill Whitten discusses the importance of government accessibility with Stevoe.

Bill Whitten is a man of many hats. While he may be best known for being the Assistant Manager of Cumberland County, Whitten has filled his life with a multitude of other responsibilities and experiences.

Upon graduating from the University of Maine where he played football and studied Marketing and Management, Whitten joined the United States Marine Corps.

In his spare time Whitten councils patients with Lyme disease. As someone who’s personally dealt with the disease for six years, he wants to raise awareness of the need for better health care for Lyme patients and help others with the disease through what could be a long and debilitating journey.

In this segment, Stevoe is joined by Whitten to discuss the role of county government in Maine, and the importance of civic involvement.