TideSmart Talk with Stevoe continued on Saturday with a discussion on Maine politics followed by an interview with Bill Green of “Bill Green’s Maine.” Stevoe exchanged political ideologies with Josh Tardy, former Maine House Minority Leader, for the first hour of the show and ended the show talking with Maine journalist, Bill Green. 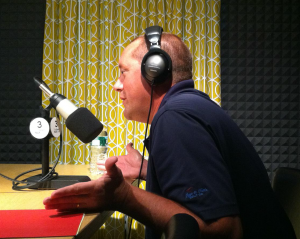 Josh Tardy explains his climb from being a freshman in the State House to becoming the House Minority Leader.

After graduating from the University of Maine School of Law, Josh Tardy worked at several firms before becoming a partner in the firm of Irwin Tardy & Morris, running the Newport office in 2004. The firm also has offices in Portland, Brunswick, and Dover-Foxcroft. Tardy’s practice includes a wide range of fields, including civil litigation, criminal law, real estate, commercial law, and personal injury.

Tardy represented the 25th District from 2002-2010, serving as House Minority
Leader. In 2010, he decided to take a break from politics and return to his law
firm. He is currently active in many community organizations including the Masons, Elks, Sportsman’s Alliance of Maine and the Maine State and Penobscot Bar Associations.

In this segment, Stevoe talks with Tardy about his role as the minority leader and how he became interested in politics by watching his father serve 10 years in the state legislature . 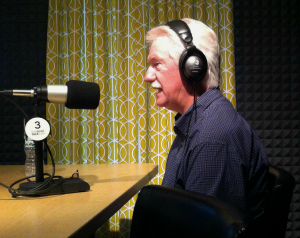 Bill Green talks with Stevoe about his experiences traveling the state as a Maine journalist.

Born in Bangor and educated at the University of Maine, Bill Green is a lifelong Mainer. As a freshman at UMaine, he worked as a cameraman at WLBZ 2 on
Eddie Driscoll’s “My Backyard” and “Dialing for Dollars” shows.

Green recalls, “The first night I worked, March 17, 1972, I was asked to stay late and run camera for the news. As they played the opening music and the camera light came on, I remember thinking, I’m going to do this until I’m 65.”

Forty years later, he’s still in front of the camera as host of “Bill Green’s Maine,” which airs Saturday nights at 7 p.m. and has become the most-watched show in its time period in the state.

In this segment Green joins Stevoe in a discussion about his career in which he has aired over 270 shows. He also explains how being a part of something bigger than yourself makes you great.