Former Maine Gov. John Baldacci returned to TideSmart Talk with Stevoe for an in-studio interview for the September 1 broadcast.  Baldacci, who previously appeared on an April 28 show, joined to discuss what he has been up to since leaving office and to talk candidly about government.  In the second hour, Stevoe was joined by Maine Lobstermen’s Association Education Coordinator Annie Tselikis for a discussion about one of Maine’s best-known exports. 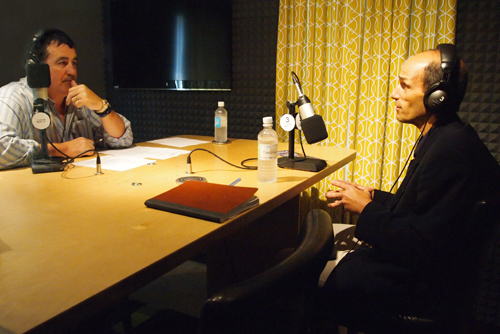 Born in Bangor, Maine, Baldacci grew up with seven siblings, working in the family business, Mama Baldacci’s, a popular Bangor restaurant. A graduate of The University of Maine at Orono, Baldacci was first elected to public office in 1978 at the age of 23, as a Bangor City Council member.

Following the retirement of his cousin, U.S. Sen. George Mitchell, Baldacci won election to the U.S. House of Representatives, replacing Olympia Snowe, who had moved on to Mitchell’s vacated Senate seat.

A Democrat, Baldacci was elected governor of Maine in 2002, and he won reelection in 2006, serving until 2011. During his time as Governor, Baldacci established a state-funded health care program known as Dirigo Health. The program offers subsidized health care to Maine residents and businesses with less than 50 employees. While governor, Baldacci supported regionalization efforts to merge local government services to save money and administrative costs.

During this segment, Baldacci talked about getting involved in government, thoughts on his experience with dealing with congress versus local government.  Baldacci also shared his appreciation for TideSmart’s business investment in Maine.

“I’m very impressed with how you’ve grown and your plans looking down the road,” Baldacci said.  “You’ve got a lot people working here, and I’m just so impressed with your national and international clients, that you can do it all here in Maine.” 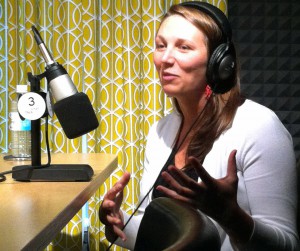 Since starting her work in Maine’s commercial fishing industry in 2007 Annie Tselikis has made quite a name for herself. She has worked for several organizations including the Gulf of Maine Research Institute, the Island Institute, and the Penobscot East Resource Center. Adding to this list, Tselikis also worked on Eliot Cutler’s 2010 gubernatorial campaign and in 2012, she received a Maine Today Media Forty under 40 award.

Currently Tselikis serves on the Maine Fishermen’s Forum board of directors, is the public member on the Maine Scallop Advisory Council, and is the Education Coordinator for the Maine Lobstermen’s Association (MLA).

The MLA was founded in 1954 and is currently the oldest and largest fishing industry association on the east coast. Representing 1,200 members, the MLA works to sustain both the industry and the resource. The MLA strives to be proactive on issues affecting the lobster industry and is active in the management process at the state, regional and federal levels.

Currently the association is conducting several projects in collaboration with the Consortium for Wildlife Bycatch Reduction to identify potential fishing practices that would mitigate risk to whales from lobster gear.