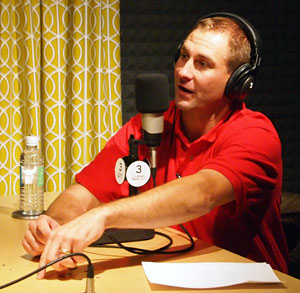 Former Navy SEAL and Maine businessman Chris Tyll talks with Stevoe about why he decided to run for Maine’s District 11 Senate Seat.

After retiring from the Navy, Tyll and wife Jenn moved to Maine to start a family.  The Tylls opened Pat’s Pizza in Portland’s Historic Old Port.  Since moving to Maine Tyll quickly established himself as both a community and business leader.  His efforts were recently recognized by Maine Today Media when he was named as a member of the 2012 Class of 40 under 40 emerging leaders.

During this interview, Tyll talks about his campaign and share his thoughts on the Maine Clean Elections Act.  Tyll also reflects on his service as a Navy SEAL and the evolution of media wartime coverage.