Show 7 features two Maine thought-leaders with an eye toward the future of the state.  Phil Coupe, co-founder of ReVision Energy joins TideSmart Talk with Stevoe to speak to what he has done for Maine and New Hampshire’s energy future by developing solar electricity systems for homes, businesses, schools and non-profits.  In the second hour, Stevoe is joined by former Speaker of the Maine House of Representatives John Richardson. 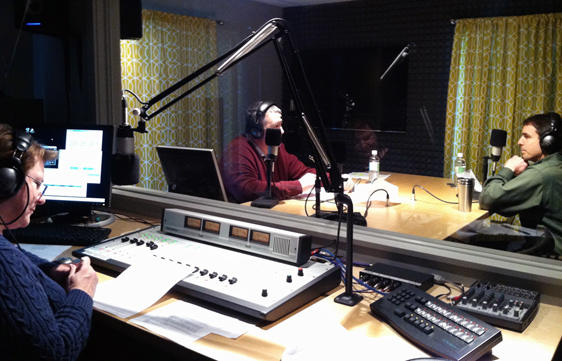 Phil Coupe is helping America kick its dependency on fossil fuels one house and building at a time. As co-founder of ReVision Energy, Coupe has worked to install solar power and solar hot water systems for residential homes, including his own Cape Elizabeth home.   ReVision Energy has installed systems in schools, non-profits and businesses, including TideSmart Global, which boasts a 20-solar panel system, one of many eco-friendly elements at the Falmouth campus.

Coupe says Maine and New Hampshire are two of the most oil-dependent states in New England per capita, resulting in the highest per-capita CO2 emissions in the region.

The Scarborough native also serves on the Environmental & Energy Technology Council of Maine, and he previously lead Water Corps, a Washington D.C. program to expose at-risk youth to positive environments while providing them with job training and social interaction skills. 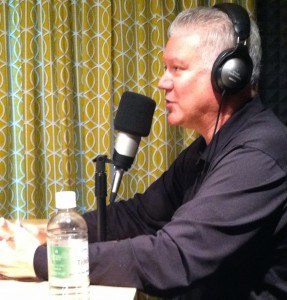 John Richardson has represented Maine for more than a decade in a number of critical roles. During his eight years in the House of Representatives, Richardson
secured bonds for economic development and led the effort to pass a $12 million bond to stimulate affordable housing in southern and mid-coast Maine, and he also led the effort to create a Patient Bill of Rights.

During his time in the House of Representatives, Richardson earned a reputation
as a consensus builder, helping to end a long stretch of partisan budget battles.

In 2007, Richardson was named Commissioner of the Department of Economic
and Community Development. In his two and a half years as commissioner, he
fought to stimulate economic growth by cutting red tape and improving
communication between organizations that drive Maine’s economic development.
As commissioner, Richardson bolstered community development, Maine tourism
and international trade.

Richardson ran for governor in 2010, and says he relished the experience of connecting with Mainers during his campaign.

“The most gratifying thing for me was the ability to get out and see all of Maine and talk to…people and understand exactly what Maine people wanted me to do if I were elected,” the Brunswick resident says.

Richardson also talks about his family history of public service, the Maine work ethic, qualities of effective leadership and a secret weapon on the campaign trail.