Born in Bethel, Maine, Simon Dumont learned to ski at the ripe young age of 3.  He comes from a family of skiers, his father used to ski moguls competitively.

Dumont now has a reputation for pushing the limits.  As a child he would do 720’s and backflips on his rollerblades or on snowblades. Dumont also practiced gymnastics for many years, which may have something to do with aerial agility and skill on the slopes. 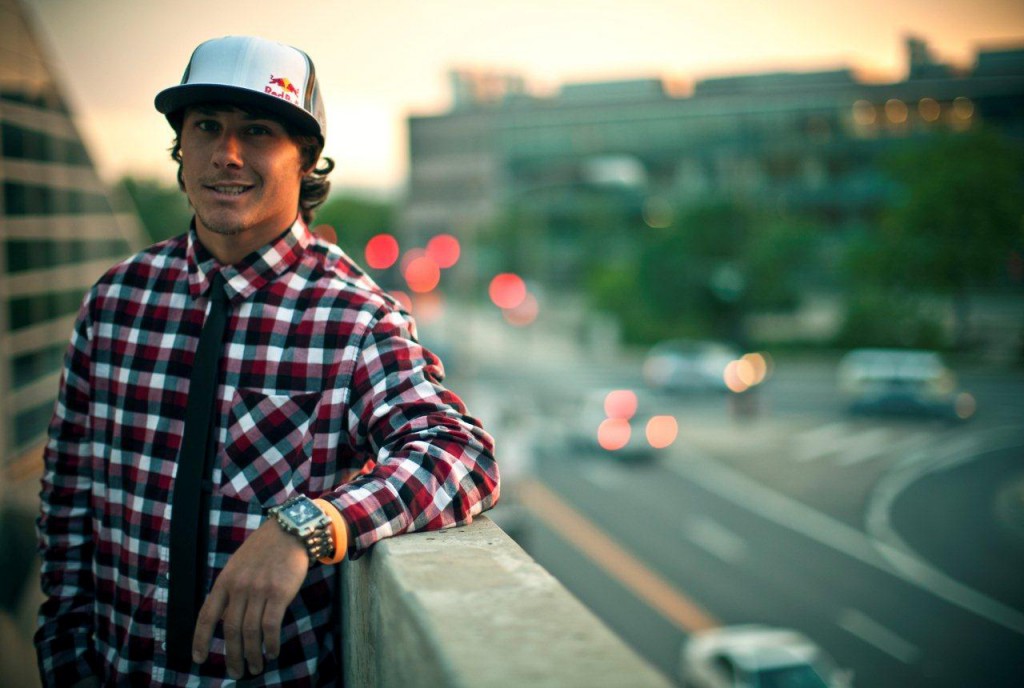 The Dumont Cup, began in 2009, and hosted its 5th annual event this year at Sunday River.  The Dumont Cup is the East Coast’s largest and only major freeskiing event, started to help amateurs outside of Colorado or Utah gain more experience and exposure.

Dumont has participated in numerous freestyle events, mostly involving the half-pipe and big-air jumps.  Dumont has earned 9 Winter X Games medals, more than anyone on the US Half Pipe Team, 2 being gold.  Dumont holds the current Guinness Book of World Records for quarter-pipe height.  He aired 35 feet (roughly 7 stories) out of a 38-foot quarter-pipe, while performing a cork 900 tail grab.

In 2008, Dumont joined forces with Jon Olsson (professional freeskier) to form a new freeskiing event, the North American Open at Breckenridge, Colorado.  Dumont also participates in Olsson’s “Super Sessions”, where competitors from all over the world compete to make the best ski video.

Dumont will be competing in the 2014 Winter Olympics, which is being held in Sochi, Russia.  With his help, he petitioned the International Olympic Committee to include the sport.  Dumont has his sights set on the gold.

When not on the slopes, Dumont is back and forth between Maine and Colorado or enjoys kicking back in Florida, where he just opened a restaurant.