During the first hour of the January 19 TideSmart Talk with Stevoe show, host Steve Woods was joined for an in-studio interview with Steve Abbott, athletics director at the University of Maine and former longtime chief of staff for Sen. Susan Collins (R-Maine). 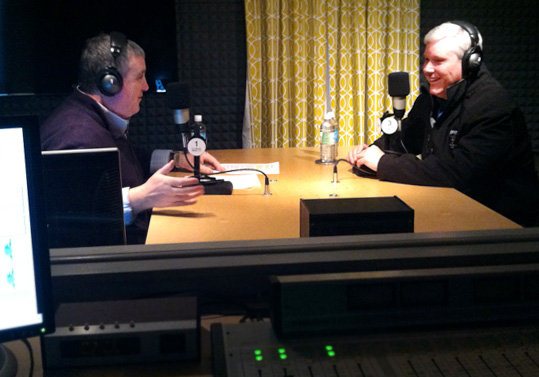 Abbott talked about the role of athletics in shaping the next generation of leaders, his close relationship with Collins, lessons learned from his 2010 bid to become Maine’s next governor and his plans for the future.

Abbott grew up in Orono, Maine. His mother taught at a local Orono elementary school and his father Walter was a head football coach and athletic administrator at Maine for 50 years (recently inducted into Maine Sports Hall of Fame). Abbott was a standout student-athlete at Orono High School, where he played on six state championship teams. Abbott attended Harvard University, where he captained the football team and majored in history. Abbott returned to Maine in 1988 to study law at the University of Maine School of Law. Shortly thereafter, he became an attorney at Pierce Atwood, Maine’s largest commercial law firm.

Abbott got a taste of politics in the 1980s, as a campaign volunteer for future governor John R. McKernan, Jr. He later took a position as a computer operator and mail tracker with McKernan’s wife, then-Congresswoman Olympia Snowe’s Washington staff.

While working at Pierce Atwood, Abbott volunteered for Susan Collins’ 1994 run for governor in which she finished third, behind Angus King who won the election. Abbott later served as campaign manager for all three of Collins’ senatorial campaigns, and served as her chief of staff from 1997-2009.

In 2010, Abbott declared his candidacy for Maine’s gubernatorial election. Although the Portland Press Herald announced support for Abbott as the Republican nominee, he finished fourth in the primary.

After an unsuccessful bid for the Blaine House, Abbott was named director of athletics at the University of Maine. He is currently serving a 2-year appointment in this position, set to end in June of 2013.

Abbott and his wife, Amy, have two children.