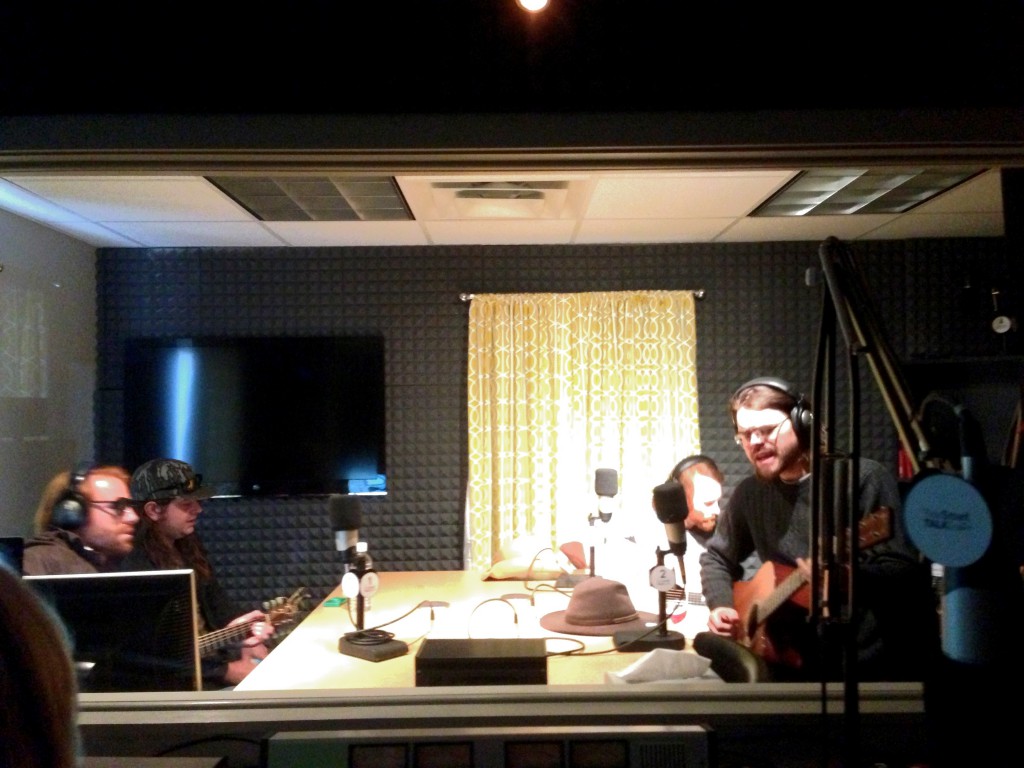 Some members of The Mallett Brothers Band (clockwise:  Will Mallett, Nick Leen, Luke Mallett, Nate Soule) joined TideSmart Talk with Stevoe in the Falmouth studio for a jam session featuring songs from their new album, “Land”.

They have been regarded as one of “the hardest touring bands” in New England, with a touring circuit stretching from the northernmost tip of Maine, down to as far away as Texas.

TMBB debuted in 2010 with a self-titled album, followed by their sophomore album, “Low Down” in 2011. Their new third album is called “Land,” for which there will be a record released party on April 27th at the Asylum in Portland.

“Land”, was produced by renowned producer/engineer Jonathan Wyman in his studio “The Halo” in Westbrook.  The band credits their new album’s higher production value and crisp sound to Wyman.  Their first two albums were produced by band mate Wally Wenzel, but the band wanted to bring their sound to the next level.

TMBB spoke about the writting process of the new album.  Twenty songs were written pre-studio and a lot of good ones got cut, but will be seen in the future.  Describing the process as, it is a “whale to make a record”.  While in the studio the band played 3 songs from their new album “Land”, including “Something to Lean On”, “Piece of Land’, and “All Kinds of Crazy”.

The bands grassroots fundraiser, “Pledge Music”, for their third album reached 107% of their goal with the help of their loyal fans.  Five percent of these donations will go to benefit Good Shepherds Food Bank.