Tom Allen was born in Portland, and he graduated from Deering High School. Allen went on to Bowdoin College in Brunswick, where he received a B.A. in English.   Allen then won a Rhodes scholarship to Wadham College in the University of Oxford.  While at Oxford, Allen became friends with fellow Rhodes Scholar Bill Clinton.  After Oxford, Allen went on to Harvard Law School and practiced as a lawyer in Maine. 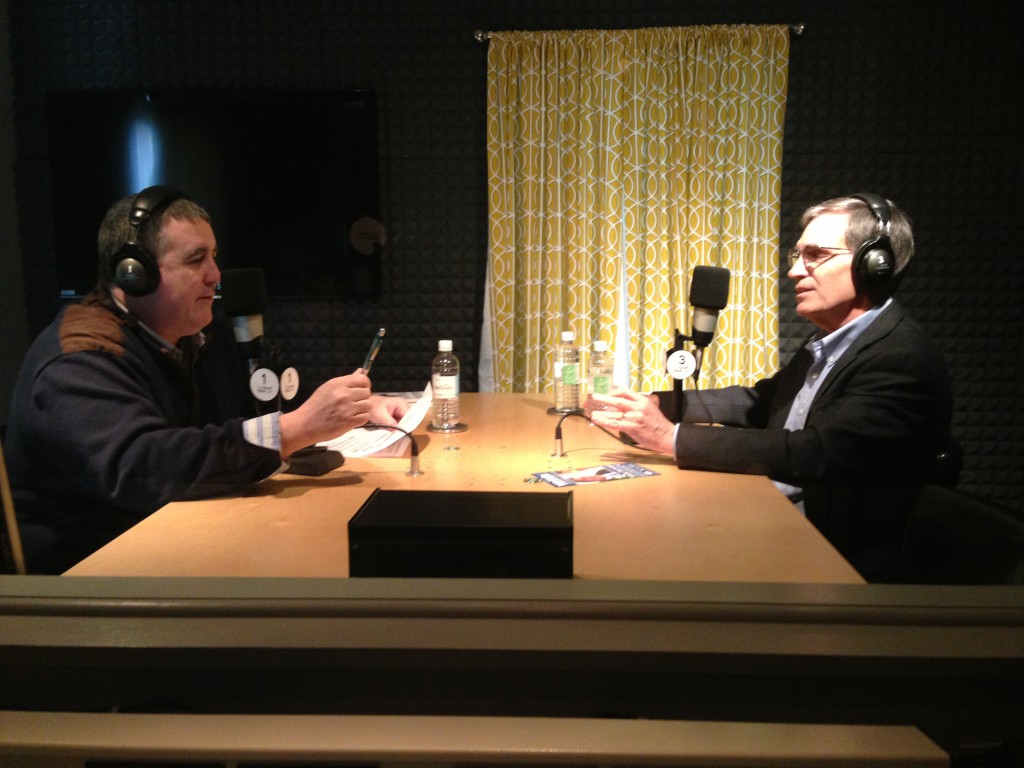 Allen’s new book “Dangerous Convictions” delves into why we must escape the grip of our opposing worldviews and have Congress work in unison towards a common goal.  Stevoe and Allen discussed the process of writing the book, as well as Allen’s three pieces of advice for running for Governor.

Allen’s political career started as a staff member for U.S. Senator Ed Muskie in Washington.  Upon returning to Maine, Allen was elected to the Portland City Council in 1989 and then to mayor in 1991.

In 1996, Allen was elected to serve in the House of Representatives to represent Maine’s district 1 (southern, coastal area of the state).  Allen was re-elected five times, receiving more than 55 percent of the vote each time in his district.  Allen’s objectives while in office were affordable health care (including lowering the price of prescription drugs), campaign finance reform and raising awareness about our changing climate.

Allen co-founded, with 17 other bipartisan Senators, the House Oceans Caucus, to stress the importance of the ocean and the crucial role it plays on all aspects of life.

In 2008, Allen unsuccessfully ran for U.S. Senate against incumbent Senator Collins. In April 2009, Allen became President and CEO of the Association of American Publishers.  His passion for books and the desire to help publishers meet the challenges of a digital 21st century brought him to AAP.