Chief Science Officer of Plug In America, Tom Saxton attended the University of Utah and earned his Master’s degree in Mathematics.  In 1987, he went to work for Microsoft, programming the Mac version of Word.

Saxton described for Stevoe three of the major benefits of driving electric vehicles, being they are more fun, more convenient and less expensive to operate.  He also went over the findings of his recent study “Are Taxpayer and Private Dollars Creating Effective Electric Vehicle Infrastructure?” 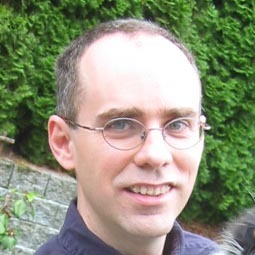 Saxton has been driving electric cars since 2008 when he and his wife bought a used 2002 Toyota RAV4-EV. They now have an all-electric garage with the RAV, a Tesla Roadster and a Nissan LEAF.  Saxton has been active with the EV owner community since 2006, and Chief Science Officer at Plug In America since January, 2011.  As Plug In America’s Chief Science Officer, Saxton has conducted studies on electric vehicle charging infrastructure and EV battery pack longevity. This summer, Tom has been busy helping to organize National Plug In Day, taking place in 80+ cities across the US and other countries.Plug In America is a non-profit organization dedicated to accelerating the adoption of electric vehicles powered by clean, affordable, domestic electricity to reduce our nation’s dependence on petroleum, improve our national economy, reduce our national security risks, and improve the global environment.

National Plug In Day is a series of events for owners to celebrate the availability of plug-in electric cars and to share their experience with the public.  The third annual National Plug In Day will feature nearly 100 events across the country, including an event at TideSmart Global on September 29.  For more information, visit http://www.pluginday.org/event.php?eventid=3.