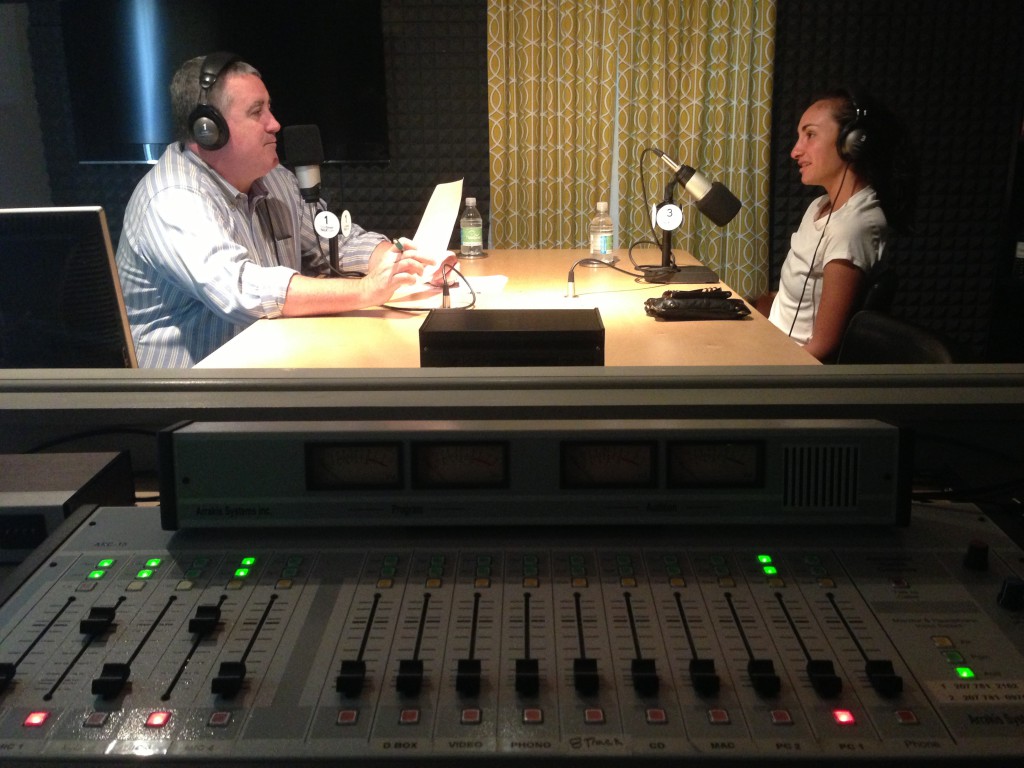 TideSmart Talk with Stevoe host Steve Woods (left) was joined in the studio by Zoe Romano (right), the first person to ever run the Tour

An illness during Romano’s sophomore year of college (she had developed an infection in her lymph nodes, serious enough to require surgery after strep throat went untreated) led to the idea of a Pacific-to-Atlantic run, where she raised money for the Boys & Girls Club of America.  The run brought her from Huntington Beach, California to Charleston, South Carolina at the age of 23.  She became the first woman to complete such a run without a support crew.

Romano detailed for Stevoe the catalyst behind the decision to run the Tour de France.  While she was in the process of writting the book recounting her run across the U.S. she became antsy for another adventure.  The timing of the Tour de France aligned with her goal to run the ultra-marathon while holding the ultra-fundraiser.

The Tour de France has been held annually since it began in 1903, except for when it was stopped for the two World Wars.  The route covers 2,115 miles, of which Romano ran 30 miles a day, 6 days a week for 10 weeks.  Romano became the first person to ever complete the entire route on foot.

Romano is bringing awareness and funding to the World Pediatric Project (WPP), an international humanitarian organization that provides access to surgical and diagnostic medical care for children in Central America and the Caribbean.

Filmmaker Alexander Kreher, a German-born photographer and filmmaker traveled alongside her in a car (with her supplies) and filmed her journey for an upcoming documentary.

Romano currently lives in Richmond, Virginia.  She writes an outdoor column for Ditch Magazine and tutors Spanish.  On March 22nd, 2013, she was a featured speaker at TEDxRVA.  During her TEDxRVA speech, she spoke of her belief that endurance athletics are a powerful platform for discovering the strength of the human spirit.  Her mission is to connect local and global communities with her long-distance, endurance running as a way “to inspire them to not just dream big dreams, but to go do them.”