President of the League of Women Voters of Maine and Director of Bangor
Public Library Barbara Ann Rice McDade was born and raised in Ebensburg, Pennsylvania.  She received a bachelor’s degree in Political Science from Juniata College and a Masters Degree in Library Science from the Graduate School of Library and Information Science at the University of Pittsburgh. 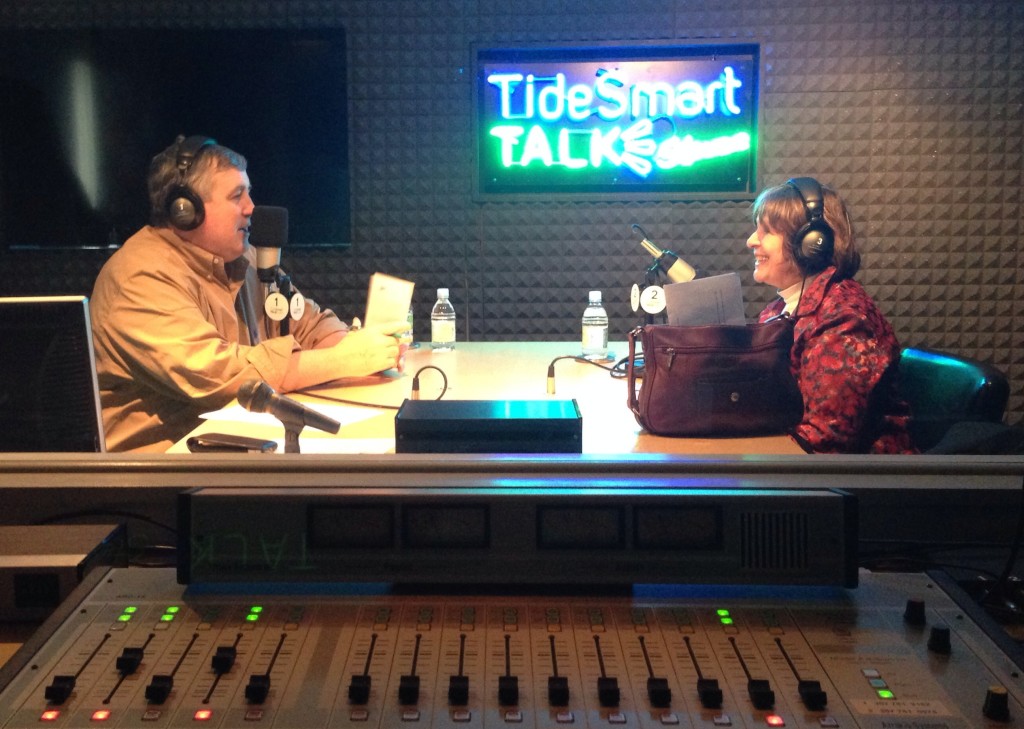 Steve Woods (left) host of TideSmart Talk with Stevoe spoke with the President of the League of Women Voters of Maine Barbara McDade (right) about the importance of education in democracy.

She started her professional career as a reference librarian at the Cambria County Library in Johnstown, Pennsylvania.  She has been director of public libraries in Beaver, Pennsylvania, Augusta County Virginia and Morristown, New Jersey.

She became director of the Bangor Public Library in January, 1991. In 2002 she was named Maine Library Association’s Librarian of the Year.  As Director, she automated library services, expanded service to include public computing, wireless access and online resources and oversaw a $9.5 million renovation of the building.  The Library is now embarking on another $9 million campaign to fix the original 101 year-old roof and renovate the interior to meet the needs of today’s library users.

McDade has served as the President of the League of Women Voters of Maine for the past four years.  She joined the Maine League in 2006 while working on the Open Government Sunshine Week activities.  Before that, she served as Co-president from 2007-2009.  In June 2013, McDade was elected to her third term as President.

The League of Women Voters of Maine (LWVME) is a nonprofit, nonpartisan political organization that encourages informed and active participation in government, works to increase understanding of major political policy issues, and influences public policy through education and advocacy.  The League of Women Voters has two separate and distinct roles:  Voters Service/Citizen Education and Action/Advocacy.