Throughout his career, Woods has represented a variety of companies and more than 100 professional athletes as a former NBA and MLB player-agent.  In addition, he has served as the Tournament Director for many major ATP, AVP and other professional sporting events.  In a career that spans three decades, Woods has negotiated and managed athlete/client contracts totaling more than $350 million.

Beyond his professional pursuits, Woods has demonstrated a passion for experiential marketing and sport/entertainment business. Woods spent a decade serving as an Adjunct Professor of Sports Business with academic affiliations at three major universities. Woods has also appeared frequently as a commentator/industry expert/guest for various media outlets (USA Today, The Wall Street Journal, ESPN, CNN, HBO, MSNBC) on the subject.

In 2012, Woods ran as an Independent for an open Maine U.S. Senate seat to inspire change in Washington partisan politics and increased civic participation among the electorate.

Early in the campaign (June) Woods made a public commitment to the other Independent candidate, former Maine Governor Angus King, that if he was trailing King by 10 points or more the week prior to the election, that he would drop his bid and endorse King. The agreement was honored when Woods formally withdrew his candidacy and endorsed King a week prior to the election.  (Woods later announced in a Bangor Daily News Op-Ed that he would rejoin the Democratic Party citing Democratic policies that are consistent with his core personal beliefs.)

Woods has supported numerous charities and civic groups in Maine, including the Boys & Girls Clubs of Southern Maine, where he is a current board member.

Woods is also a co-owner of the NBA D-League team, the Maine Red Claws – the NBA affiliate of the Boston Celtics.

Together with his wife Katie and their three children, Woods lives in Yarmouth, Maine, “the best little town in the big state of Maine!” 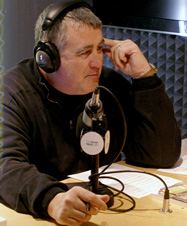