Knox has been involved in many facets of Maine’s political infrastructure.  Stevoe and Knox discussed how in 7th grade Knox was inspired by his parents to be involved within the local community and he helped gather signatures for York Town Council.  He went on and served as the Special Assistant to the Maine Speaker of the House, and spearheaded the effort to create Maine’s Consumer and Commercial Court Docket, a specialty-court docket dedicated to resolving business-related litigation. 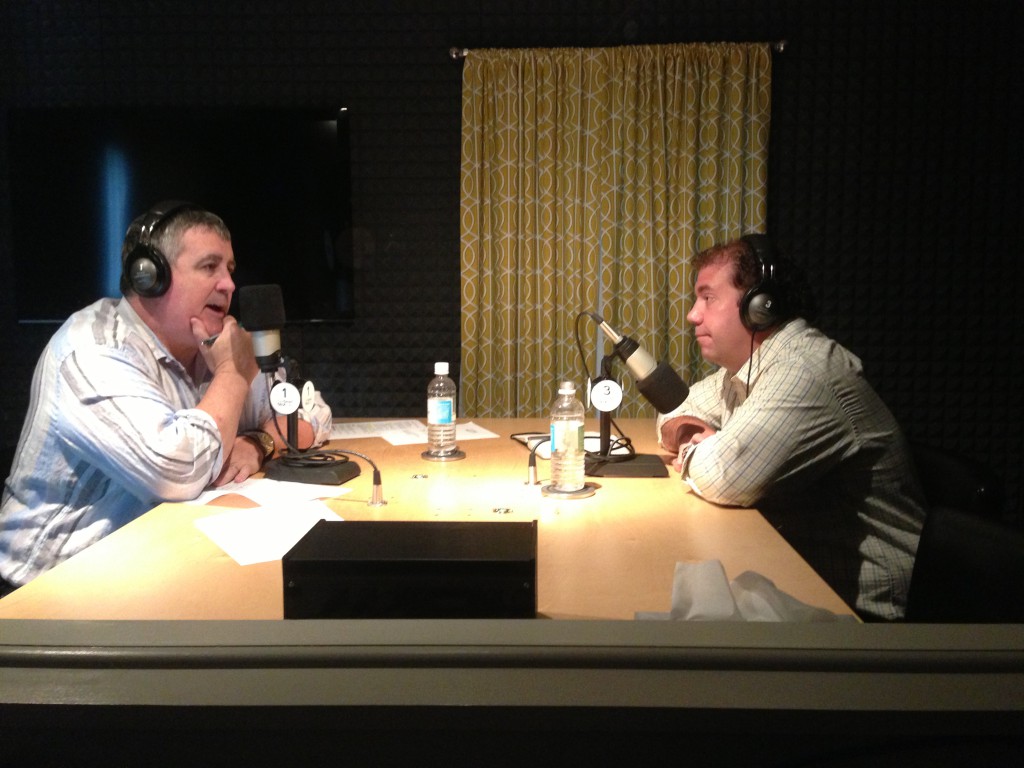 In 2009, Knox served as a member of the Obama Administration where he was appointed to the Small Business Administration to serve as the Associate Administrator for Field Operations.  Knox explained to Stevoe that he believes Obama’s 2009 campaign was so successful due to the grassroots, neighbor-to-neighbor approach that was taken, and that you’re more often to believe what you hear from someone you trust than what you hear on t.v.

Knox lives in Portland with his wife and their son and enjoys craft brewing, soccer and traveling.  Knox also writes a blog for the Bangor Daily News called, “Disruptive Growth”.