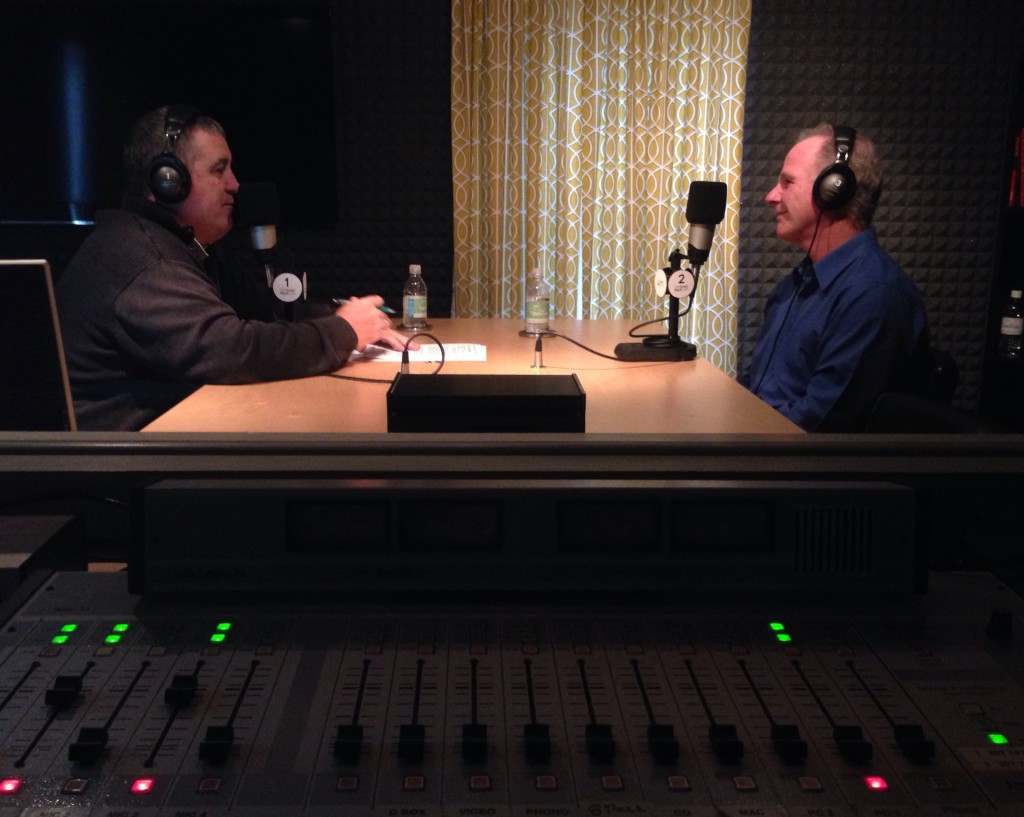 Shimmields’s particular interest is in marine geochemistry, which includes the fundamental studies of geochemical processes operating in ancient oceans through identifying indicators of ocean and climate change (palaeoceanography), the biogeochemical cycling of modern oceans using naturally-occurring radioisotopes, and examining human impacts and contamination in coastal and deep seas.

Since arriving in Maine, Graham is serving on the boards of the Maine Innovation Economy Advisory Board, Maine Space Grant and Maine Sea Grant, and advisory boards for Maine Maritime Academy and Mount Desert Island Biological Laboratory.  In Februray 2013, Graham was elected to the Board of Trustees for the Consortium for Ocean Leadership. In November 2011, Graham was named by MaineBiz as one of ten “Nexters” helping to shape the future of Maine’s economy.

Graham and Stevoe discussed the importance of the Gulf of Maine and that it is a significant economic driver for the state.  “The Gulf of Maine is a wonderful, natural laboratory that is also being impacted by man and we have a number of scientists at Bigelow working on it,” Shimmield said.

Founded in 1974, Bigelow Laboratory is an independent, non-profit center for global ocean research, ocean science education, and technology transfer.  The Laboratory is a recognized leader in Maine’s emerging innovation economy, their research ranges from microbial oceanography to the large-scale processes that drive ocean systems and global environmental conditions.